Everyone has 24 hours in a day, but some people work harder at maximizing their time than others. Nasdaq CEO Bob Greifeld, for instance, changes clothes in his car. Inventor Yoshiro Nakamatsu says his best ideas are formed underwater, so he uses a waterproof memo device to jot them down while submerged. Sociologist and entrepreneur Anna Akbari tries to reduce decision fatigue by eating the same breakfast and lunch every day. 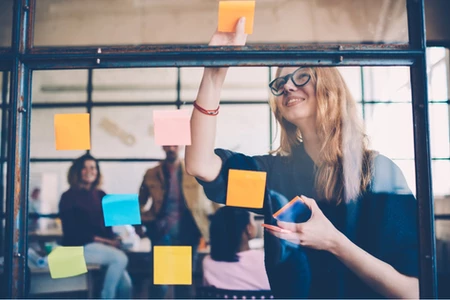 If taking notes underwater is the system that makes you most efficient, that’s great. But for most of us, maximizing each day isn’t so much about shaving off a few minutes here or there, but focusing on the tasks that have the biggest impact.

Here are three systems for truly using your time to the fullest, no car-changing required.

The Most Important Task (MIT) method

Just because every item on your to-do list has its own bullet point doesn’t mean they’re all of equal weight. But how to figure out which ones matter most?

Josh Kaufman, author of The Personal MBA, uses what he calls the Most Important Task (MIT) method to figure out which tasks take precedence over all others.

At the beginning of each day, create a list of between two and three MITs by asking yourself what things, if you get them done today, will make the biggest difference. Write only those tasks on your MIT list, which you should keep separate from your general to-do list.

Tackle your MIT list during your prime hours , and give yourself permission to avoid interruptions or distractions that will interrupt your flow. You can even combine it with Parkinson’s Law (“Work expands to fill the time available for its completion”) and set a self-imposed deadline to keep you on track.

As helpful as the MIT method can be, entrepreneurs often have several competing projects or ideas all vying for our attention, and it’s not always obvious which one we should pursue.

To help myself prioritize, I use a simple formula: Impact = scale x improvements. By scale, I mean metrics like customers, users, money, savings, etc. Improvements, of course, refer to improvements.

With this in mind, I make a four-box matrix, which you can access here . Label the rows “small improvement” and “big improvement,” and the columns “small number” and “large number.” This leaves you with four boxes.

Box A (small improvement, small number): Box A houses tasks that are low-risk, but also low-return. Even so, they do have a time and a place: At my company, Jotform, we start new hires off with “Box A” projects, like fixing minor bugs, while they get the hang of things. That said, most of us should avoid sinking too much time on Box A.

Box B (small number, big improvement): Box B tasks are my least favorite. These are projects that are incredibly resource-intensive but serve very little purpose. Say you’re a designer, and you pour tons of time into creating a UI feature that only applies to 1 percent of users. Sure, maybe a handful of people find it useful, but you’ve also added lots of complexity to the UI, which is a net negative. Avoid Box B tasks whenever possible.

Box C (large number, small improvement): Box C tasks are those that are relatively easy to implement but have a sizable impact. At Jotform, we regularly release small tweaks and improvements that make our users’ lives easier.

Box D (large number, big improvement): Box D tasks have it all. This quadrant represents a heavy lift that pays major dividends, be it a product release, a redesign or something else entirely. For example, at Jotform, we recently implemented a new HR system that positively impacts all 250 of our employees, enabling them for the first time to quickly and easily access key info. Sure, 250 doesn’t sound like a huge number, but because it represents 100 percent of our workforce, it’s definitely a Box D-worthy win.

The matrix I describe above can help discern which projects will have the most impact. But beyond scale and improvements, there’s another crucial metric to consider: Urgency.

Former President Dwight Eisenhower was known for focusing on importance and urgency when it came to prioritizing his actions. It was from this rationale that the Eisenhower Matrix was born.

Before you even draw out the matrix, take a minute to consider your parameters, suggest Ellen Auster and Shannon Auster-Weiss in a piece for Harvard Business Review. How do you define “importance?”? (Your impact matrix could be of help here.) Next, think about what “urgency” means to you. Does a project have a deadline? Has a client made a timely request? Think about the consequences of doing the task promptly, or delaying it.

Now you’re ready to create the matrix. Use the upper right corner to write tasks that are both important and urgent. These are high-priority tasks that need to be done now. In the upper left corner, write tasks that are important, but not urgent. Because these tasks are at risk of being postponed indefinitely, it’s a good idea to schedule a specific time to deal with them. As Auster and Auster-Weiss caution, “if these items are ignored, they will change from simmering on the back-burner to boiling over.”

The lower right corner is for less important but urgent tasks. Getting them done might be helpful to someone else on your team, and they’re a surefire way to knock some nagging items off your to-do list. Finally, there are the lowest-priority tasks; those which are less important and less urgent. If possible, eliminate any that are outdated or no longer useful. Think about the consequences of postponing them, or if ticking them off will result in a quick win.

There are plenty of kooky ways that people use to save time. But if you really want to get the most out of your 24 hours, you have to figure out what matters most, and start with that