4 Simple Ways to Take Control of Your Coronavirus Budget

Budgeting is never an easy task, but keeping tabs on your money has become especially difficult over the past few months. About 30 million Americans are collecting jobless benefits, and more than a million new people file for unemployment each week. 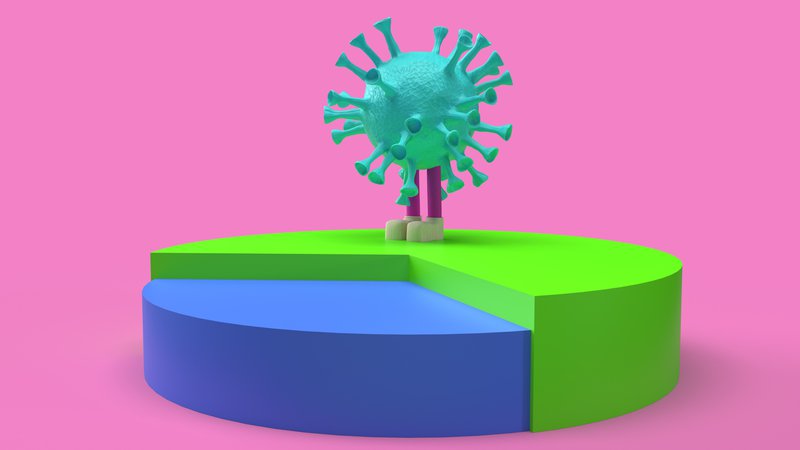 In response, the federal government amped up unemployment benefits, granted loan deferrals and sent out a one-off stimulus jolt that kept finances afloat until states started to open back up. But Congress most likely won’t extend the $600 unemployment lifeline, and those affected will need to adjust, once again, to a harsh financial reality.

Too often we abandon our financial plans, or avoid planning altogether because budgets can be complicated and our lives are unpredictable. But there are simple actions you can take to get your financial budgets in order. Here’s a four-step, totally achievable plan that can help you attain a sense of control.

Sometimes the task of monitoring and planning your saving and spending feels too big, and the trick is to break down what you’re trying to achieve into smaller parts before starting with the easiest one.

This strategy, called “small victories” or “snowballing,” is best known for dealing with credit card debt. You want to go after the card with the smallest balance, rather than the lowest interest rate, to garner positive momentum, according to research.

But the principle can be applied to your budget more broadly. To earn a small win, comb through your credit card and bank statements to find one small recurring charge you no longer need and cancel it. Consider that TV streaming service you don’t actually watch, for instance, or ax a travel or airline credit card with a large annual fee. You can even try calling the bank to downgrade your credit card to the no-fee version. (Speaking with a real person almost always yields better results than sending an email or chatting with a bot.)

No matter your income, you probably don’t enjoy setting a budget. In fact, just one in three households endeavor to track how much they earn or spend in a given month, per a 2013 Gallup survey.

A simple trick is to recast how you think of a budget. Rather than accounting for every dollar spent and arranging expenditures by category (dining out, home improvement, etc.), most people would be better off if they were to set a number they could safely spend each month on everything, no matter where or how.

Simplifi, Wirecutter’s favorite budgeting app, offers exactly such a service with its Spending Plan. Once you connect your accounts, the app estimates how much you’ll earn in a month and then subtracts how much you owe in recurring costs (like debt payments or your Netflix account). From there, you enter how much you want to save, and Simplifi helps calculate a custom amount to spend for the rest of the month without going into debt. Spending Watchlists also let you keep track of categories where you tend to overspend. While the app costs $3 per month for a subscription (or $30 for a year), we think its interface and features are worth it for people looking to take charge of their finances.

A safe-to-spend number won’t work well for everyone, especially if you don’t have a stable, predictable paycheck.

Take the couple identified as Becky and Jeremy Moore (their real names were changed for privacy’s sake), whom the authors Jonathan Morduch and Rachel Schneider followed for months for their book “The Financial Diaries.” Jeremy, an Ohio-based long-haul truck mechanic, earned most of his salary in the summer and winter months when the weather was bad and trucks would get beat up. When it was more temperate, he took home as little as $300 a week. And the couple is not alone: About half of households, according to a 2015 Pew Charitable Trust study, see at least a 25 percent gain or loss of income from one year to the next.

Financial planners would say the Moores should simply dip into their emergency fund (a pot of money consisting of six months’ worth of essential expenses in a savings account) when times get tight. But this commitment can run into the tens of thousands and is a nearly impossible feat for families with volatile earnings, and difficult even for higher earning households.
If you can’t save up for an emergency fund, try just saving a regular percentage of your paycheck (or any windfall, like a tax refund) in a checking or savings account to help you smooth over income spikes and dips throughout the year.

This type of emergency fund is easier to achieve than the traditional six-month fund for a few reasons. You don’t need to save as much money, because the goal is to level off temporary income dips rather than cover half a year of necessary spending.

And according to Sharif Muhammad, a New Jersey-based certified financial planner, since you’re saving for something tangible (lower-earning months that you know will arrive), rather than an undefined, unknown terrible event, you may find motivation easier to come by.

Step 4: Save the money that you’re not spending

With vacations canceled, bars closed and gyms out of the question, you’re probably spending less money than you were pre-Covid. Most people have pared back their swiping. Chase credit card customers, for instance, are charging about 10 percent less than they did a year ago. Fewer available ways to spend money can ultimately be a good thing. Nearly 70 percent of credit card borrowers, according to CompareCards.com, are totally confident they’ll pay off their balance in full this month, an almost 10 percentage point increase from this time last year.

Of course, skipping all the ways you used to spend money — on flights, boozy dinners or nights at the movies — only helps your bottom line if you continue to spend prudently. Sure, you’re saving money by not going out, but use that money on groceries rather than shelling out $50 on Wednesday night Grubhub. You might not be going on vacation this summer, but stash that money away rather than blow it on a luxury purchase.

With nowhere to go and no one to see, spending less and saving more — always an aspiration — now feels entirely possible.