When President Joseph Biden was on the campaign trail, he repeated his support for a student loan forgiveness plan that would cancel $10,000 in federal student loan debt per borrower. But since he’s taken office, the pressure has mounted to forgive even more. 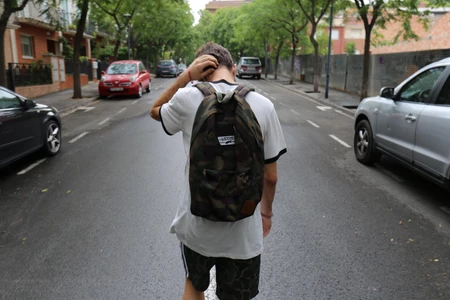 Senate Majority Leader Chuck Schumer (D-NY) has repeatedly called for canceling up to $50,000 in debt for federal student loan borrowers. He’s urged President Biden to use his executive authority to do so, a move that’s been promoted by several progressive lawmakers as well.

Will President Biden use executive action to forgive $50,000 in student loan debt?
“I will not make that happen,” President Biden told a borrower who asked about the $50,000 student debt cancellation proposal at a town hall hosted by CNN in Milwaukee Tuesday.

Biden later clarified that he was prepared to write off $10,000 in borrowers’ federal student loan debt, but he didn’t believe he had the authority to cancel more than that.

Sen. Schumer and Sen. Elizabeth Warren (D-MA) disagree, and released a joint statement on Wednesday arguing that Biden does have such executive authority.

“Presidents Obama and Trump used their executive authority to cancel student loan debt,” they stated, adding, “Cancelling $50,000 in federal student loan debt will help close the racial wealth gap, benefit the 40 percent of borrowers who do not have a college degree, and help stimulate the economy. It’s time to act.”

But at a White House briefing Wednesday , White House Press Secretary Jen Psaki stressed that Biden is unlikely to take any action until his team is confirmed at the Justice Department, and has had a chance to review his authoritative powers and make recommendations. “He will ask them to conduct a legal review of his authority to act by executive action in conjunction with a policy review from his Domestic Policy Council on how executive action debt relief, if any, should be targeted,” said Psaki.

The President has said that student loan forgiveness above $10,000 would need to be targeted based on the borrower’s income, the kind of debt in question and other considerations, rather than the widespread debt cancellation without limits that some progressive lawmakers have proposed.

One of President Joseph Biden’s first executive actions in office was to extend the pause on federal student loan payments through September, providing some relief to the country’s estimated 45 million student loan borrowers—and raising hopes that he might also use his executive powers to cancel some of their student loan debt.

But while Biden has indicated he is open to using his executive powers to cancel federal student loans up to $10,000 per borrower, he has repeatedly urged Congress to take action instead and send him a bill to sign.

If Congress moves forward and sends the president a package that provides $10,000 of student debt relief, Psaki noted Wednesday, “he’d be eager to sign that.”
That seems unlikely in the near term though. Democrats have a slim majority, and Republicans strongly oppose widespread debt forgiveness. While it may be easier to drum up support for the cancellation of $10,000 in federal student loan debt with some restrictions attached, there’s no guarantee.

Still experts like Mark Kantrowitz , publisher and VP of research for Savingforcollege.com, are hopeful. Kantrowitz has said the $10,000 in loan forgiveness is “more likely to occur than not.”

But he cautions that even if it happens, it may get scaled back in various ways—with limitations on eligibility to low-income borrowers, for example, or to borrowers who are experiencing financial distress.

Forgiveness may also be limited to borrowers with federal loans held by the U.S. Department of Education, just like the payment pause, which would excludes some federal student loan borrowers. (The current payment pause and interest rate of 0%, for example, covers federal Direct Loans, FFEL Program loan, Federal Perkins Loan and defaulted HEAL loans, but only if they are loans owned by U.S. Department of Education.)

But hope may be diminishing somewhat. Another recent survey of more than 3,649 college students by the study guide platform OneClass found just 13% of them expect to see a student debt forgiveness policy implemented by the new administration.