New Year, new us. Or at least, that’s what they say. If you’re one of those people who start the year with some fresh new resolutions, I bet your approach towards money is high on your list of priorities. 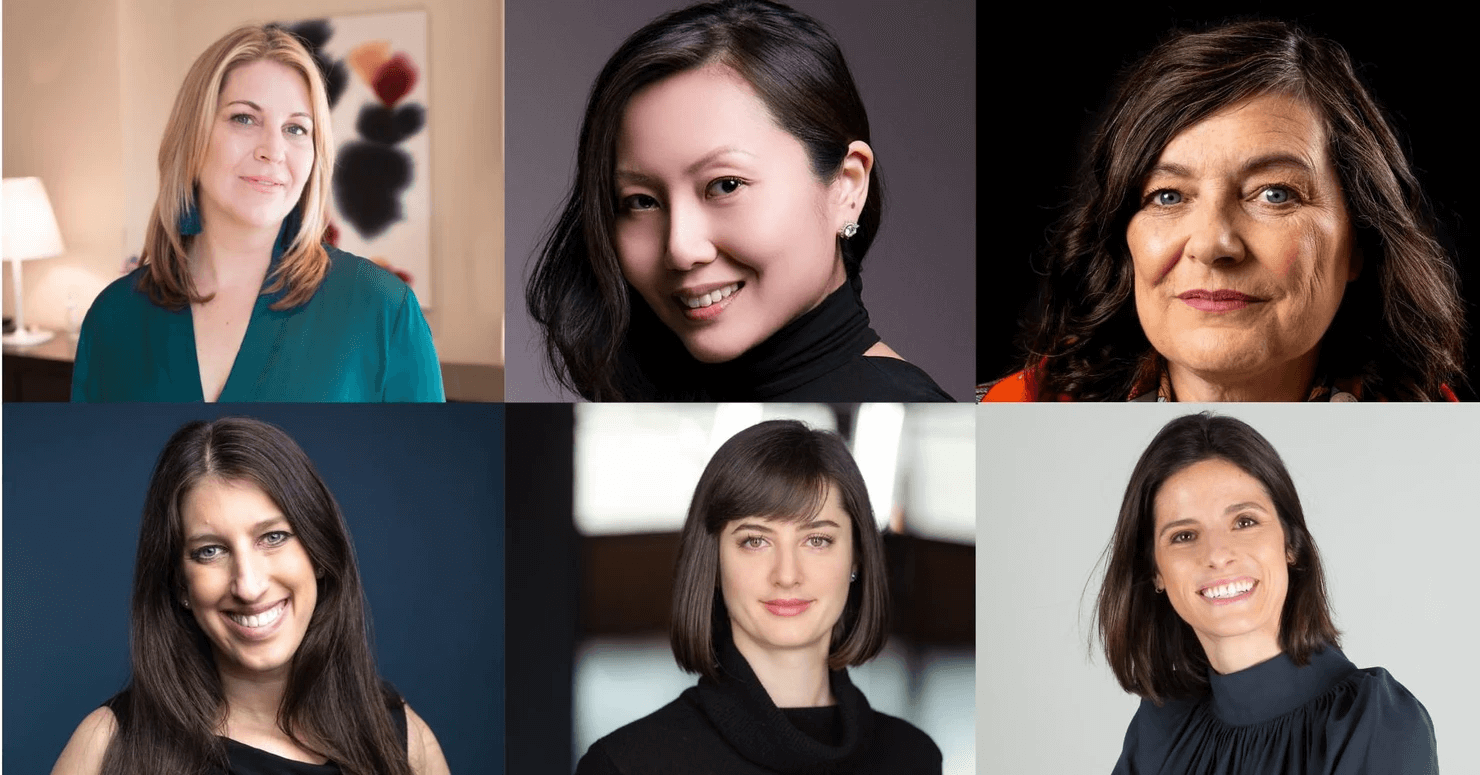 We all need it, we all want it, so the best first step is to listen to what people who’ve been there before you and worked their way in the direction of financial success have to say, right? Equipping yourself with the knowledge of those who are experts when it comes to all things $$ doesn’t have to be hard or expensive, and the first step in the right direction is changing your attitude towards money and finances.

Women very often have particularly hard relationships with money, which is influenced by many things that are sometimes not within our power, such as the gender pay gap, women being the main caregivers in families and thus more prone to push a pause button on their careers, lack of education around investment and pensions, lack of funding for female entrepreneurs and founders, the list just goes on and on.

The Changing Face Of Women’s Wealth

The WealthiHer Network was founded in 2019 and supported by many founding partners, some of them being St James’s Place, Tilney, HSBC Private Banking, J.P. Morgan, Royal Bank of Canada, and many more. These organizations came together to celebrate, inspire, and empower female clients – the world’s biggest and most important emerging market. The Network’s mission is championing the transformation of the industry’s approach to women, helping women be more understood, accepted, and catered for, and in doing so supporting women to protect and grow their wealth.

Almost a third (32%) of the world’s wealth is now controlled by women and their assets are growing rapidly. By 2023, women globally will be worth $93 trillion, compared with $77 trillion today.

Their recent report “ The Changing Faces of Women’s Wealth ” gives new and valuable insights into women’s changing wants and needs around finance, wealth, business, and careers and how levels of financial education and confidence are linked, and reveals the difference between the sexes over attitudes to earnings and investments. The report is drawing on sources including The World Bank, Boston Consulting Group (BCG), Fawcett Society, and The Institute of Fiscal Studies and compares the financial aims of UK women (and men) with those in Hong Kong, Singapore, and mainland China.

Over 2239 men and women were surveyed, and one of the key findings of this research was that, although wealth is controlled by more women than ever before and growing fast, this group has been more negatively impacted, as a result of the pandemic and their self-esteem and financial confidence and security have suffered.

“At a business and entrepreneurial level, we found out that 74% of women don’t feel supported enough and 75% of female entrepreneurs are concerned about access to funding and bias in the process,” says Tamara Gillan, CEO of The WealthiHer Network. “Our research showed that nearly two-thirds of women want community support around them, which doesn’t come as a surprise, since women are 1.8 times more likely to have lost their jobs or quit compared to men, and nearly two-thirds of women identified with the statement they are not financially savvy. We think it’s time to change that.”

Some other key findings from the report include:

The WealthiHer Network report also showed that women want to become more involved in the world of finance, especially those under the age of 35. Workplaces need to become more diverse, especially financial organizations willing to see philanthropy as a goal where the money is used to give back to society and care for the environment.
Findings from this report really resonated with me – at the end of the day, having success at work and earning my own money gives me more confidence in anything I do. So I asked some of my personal role models what their messages would be to other women who either want to get on the right foot with money, invest more wisely, or just become more financially literate.

“WealthiHer’s timely and insightful report perfectly illustrates that financial education and empowerment will help overcome the challenges women still face in securing their financial future as well as in advancing careers in finance. For those women with an ambition to be more financially savvy my advice would be to take stock of your current income, assets, and liabilities, then map out detailed and realistic financial goals. With this roadmap, you will be in a position to seek trusted advice on specific actions to achieve those goals. Whatever your goals, remember to diversify and watch out for those transaction fees.”

Anne Boden, CEO and founder of Starling Bank , the receiver of the Best British Bank award in the British Bank Awards in 2018, 2019 and 2020

“The key to managing your finances is to build a rainy day fund into your planned spending – no matter how small. People say that hindsight is a wonderful thing but when it comes to money I believe it is quite the opposite. If you plan carefully, you can ensure that you have a better chance of being financially secure in the future.

For us at Starling Bank, it is about creating an environment that is inclusive and where people want to work. We have made great progress when it comes to gender diversity. We signed up to the Women in Finance Charter in 2017 and set ourselves an ambitious goal: that by 2021, 40% of our senior management would be women – and we’re happy to say that we’ve already achieved it. It’s also about rethinking how society thinks about work. A major part of the problem is the deeply-entrenched ideas we have about the kind of jobs ‘men do’ and the kind of jobs that ‘women do’, which have been defined and shaped by years of invisible social conditioning. We’re now at the point where some people consider software engineering and banking to be traditionally ‘male’ pursuits, or talk openly about them being ‘a man’s world’. This is certainly not true for the tech – the early days of computing were far more balanced, with women famously forging new ground in computer science. But it’s long been the case in finance. We have to challenge these ideas early on.”

Jessica Peltz-Zatulove, Founding Partner at Hannah Grey , co-founder of Women in VC , the largest global community for women in venture capital and co-author of the report ‘The Untapped Potential of Women-led Funds’

“There’s a lot of women can do in both their professional and private life to achieve greater financial stability, become better at managing their money, and implement a mindset of success when it comes to finances. We’re excited about new tools and content platforms designed to build confidence and take control of our finances. Educational content that makes financial literacy accessible – such as MoneyGirls and the Uptick , or investing with no minimum platforms like Stash is super important. We’re starting to see several – blogs, podcasts, technology platforms, etc. that are trying not to make investing feel intimidating.”

Milena Bursztyn, an investor at Germin8 Ventures and co-author of the report ‘The Untapped Potential of Women-led Funds’

“It’s often considered a misperception that women are not financially savvy. This is due to the topic of money being taboo. For a long time, women have felt uncomfortable talking about money – how they manage their personal finances, how they invest, who gives them advice. But that is quickly changing with the emergence of financial education and increased workforce participation by women. Removing the barrier to participation in the financial markets for women is a major step in implementing a mindset of success when it comes to finances.

While many say that VC is still a boys club, this is in fact changing. Even though the numbers are not where we’d like them to be, we are in fact seeing more women enter careers in VC. There are several things women can do to put themselves on a path to breaking into VC and being successful. Many funds, especially the emerging funds (under $100M in assets under management), are looking for talent that can bring a unique network of entrepreneurs and other ecosystem stakeholders which ultimately leads to a richer deal pipeline. Therefore, the first thing a candidate should consider is – what does my network look like?

Another important factor is whether a candidate has a deep understanding of a particular industry or market. Developing an investment thesis on a specific market and identifying a few key trends will make this candidate stand out. Additionally, VCs are always looking to create value for their portfolio companies. Therefore, candidates who exhibit a unique edge – a special skill set, existing relationships with potential partners and customers, or product expertise, etc. – are well-positioned to be successful during the recruiting process.

And lastly, there is a soft skill that doesn’t get mentioned much, but that is the ability to manage expectations. VCs are constantly saying “no” to potential deals, so being able to turn down investment and still preserve and nurture a relationship with the founders is a critical skill to be successful. These are the areas incredibly important for VCs and any candidate should frame their position knowing what VCs look for.”

Emilie Bellet, founder and CEO of Vestpod , the digital platform and community that empowers women financially through education, workshops, and events, and host of The Wallet podcast

“All too often, women feel patronized and excluded when it comes to financial matters. That, combined with the fact that money is still and taboo and that most of us were never taught how to manage our finances, makes it difficult to know where and how to start making better financial decisions. The financial services industry is laden with jargon and the products on offer – from ISAs to pensions – are difficult to navigate.

It’s important that women aren’t too hard on themselves. It’s okay to start from scratch, as long as you start somewhere. Begin by doing what you can: gain clarity on your dreams and goals, and work them into your financial plan. Tackle your debts; build an emergency savings nest, and set a clear budget (and stick to it!). It’s also important to put your money to work for you early – investing is a great way to save for your future.

Start talking about money within your circles and lean into online communities. Being able to talk openly about money helps you become more confident and assertive, which is key to building a healthier financial future. And remember that small steps in the right direction compound over time and go a long way.”