A Disputed Election Could Sink the Stock Market. How to Protect Your Portfolio.

I cut my stock exposure this past week because I’m worried that a disputed U.S. election could take prices lower.

Hopefully, I’m overthinking it. I’ll miss out on a smidgen of upside, and blame the whole episode on hysteria brought on by too much working from home. 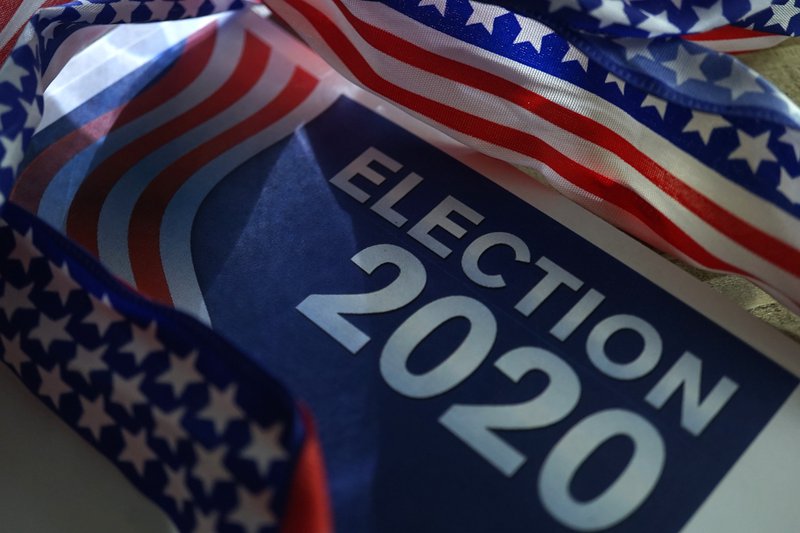 Entering the year, I had what I described here as a Benjamin Button portfolio, with a stock allocation more appropriate for a much older investor. After the crash, I shifted money to stocks. The plan wasn’t to try to time the market, but to start acting my age. Now I’m back to a Button-esque mix.

It’s not about prices. Sure, the S&P 500 index is hitting new highs after delivering five years worth of returns in the space of about six months since hitting its pandemic low. Wondrous gains abound.

But look: The S&P 500 trades at 21 times last year’s record earnings, which means that if we ignore this year’s earnings collapse, I’m only overpaying for stocks by about 40%, historically speaking.

And if we adjust for the degree to which the bond market is overcharging me, stocks are a relative treat. Over the next decade, I reckon they’ll average mid-single-digit yearly returns.

In the short term, valuations have little predictive power. Stock returns from now until year’s end are anyone’s guess. Always guess up, I like to say. But in the back of my head I also say that if you think you might panic, try to do it before anyone else. The lull between the party conventions and the debates is as good a time as any to quietly freak out over Election Day.

It’s not that I’m worried about who will win. There’s no reliable relationship between presidential election outcomes and stock returns. The sample size—about 20 presidents during the era of modern econometrics—is too small for purposes of drawing conclusions.

Also, parties change. Presidents don’t always match their parties. Some are more effective than others at getting their way. And markets adjust ahead of time for expected election outcomes.

I’m worried about a dispute over who won. That happened in 2000, when George W. Bush ran against Al Gore. The matter came down to a Florida recount. There was much chafing over chads, or punched-out paper fragments, whether dimpled, pregnant, swinging, or hanging.

Civil unrest was thankfully limited to the so-called Brooks Brothers riot, when a handful of party activists feigned spontaneous outrage at a Miami-Dade election office, resulting in multiple counts of wrinkled khakis and strained credulity. A Broward County judge, eyes bulging behind a magnifying glass as he held up ballot after ballot to the light, answered the nation’s call for newspaper photos that livened up the recount coverage.

In the end, the Supreme Court halted the recount and Gore conceded on Dec. 13, about five weeks after Election Day. In hindsight, calm held, but the stock market didn’t love it. The S&P 500 fell 5% between Election Day and the concession, with most of the decline coming in the first days.

Disputed elections shouldn’t happen, yet the chances of one seem high now. The pandemic will create a sharp rise in mail-in voting. The president says that will open the door to widespread fraud. Critics say there is no evidence for that claim. What is less controversial is that mail-in voting is likely to create delays in counting.

My concern is that America’s toxic politics will turn any delay into a dispute. I’m worried the fallout this time won’t look much like the Brooks Brothers riot.

In 2016, the electoral result wasn’t close, and the popular vote was irrelevant. So when President Trump said he wouldn’t have lost the latter by three million votes if not for illegal ballots, it was a sideshow. In July, Fox News’ Chris Wallace asked the president if he would accept the election results, and Trump said, “I have to see.”

There was a kerfuffle, but I took it to mean that the president wants to reserve judgment until he sees that the count is fair.

There is a fight now over whether the new postmaster general has taken steps that will hinder mail-in voting. That claim lacks proof, too, but it has my attention, because it’s one more thing for the nation to disagree about.

In the end, most of my worry comes down to a thought experiment. I try to picture the president saying anything close to, “Well, we gave it our best shot, and we came up a little short,” but I can’t see it. It’s also difficult to picture a disputed result where Joe Biden concedes in Gore-like fashion for the sake of preserving institutions. I’m not even sure what the Supreme Court’s input would mean.

This is one reason I don’t do party politics, by the way.

A disputed election is not, as they say on Wall Street, my base case. It’s likely that the president will win or lose by a large enough margin to render disagreement futile. It’s also possible that the vote will be close, and that we’ll surprise ourselves with our decency, patience, and reason.

But I view an ugly election as a big risk confined to a short, knowable time period, and the costs of containing that risk seem low, because stock prices look high. Or maybe that’s just mumbo-jumbo to make me feel better about chickening out for a few months.

Whatever the case, I rein in my folly by following Benjamin Graham’s advice to never go below a 25% stock allocation, or above 75%, except that I shift the whole thing up by 10 points: 35% to 85%.

Right now I’m in the bottom half of that range, whereas before I was in the top.

My hope is that the election will go smoothly, the economy will continue healing, the stock market will plug along, and that all of you will laugh at me come November.
If so, I plan to write a letter to the editor complaining about me giving myself such weak-kneed advice.