The negotiating parties stayed up past their bedtime Tuesday night, announcing a deal. There were subsequent complaints about errors in the legislation. Finally, late Wednesday night, the Senate passed its economic stimulus and relief bill and sent it to the House.
Now the $2 trillion (yes, with a T) economic relief bill’s text has finally been released. For a run-down of the particulars of the bill as a whole, see the story here.

But I’ve been keeping an eye on the retirement-related pieces. 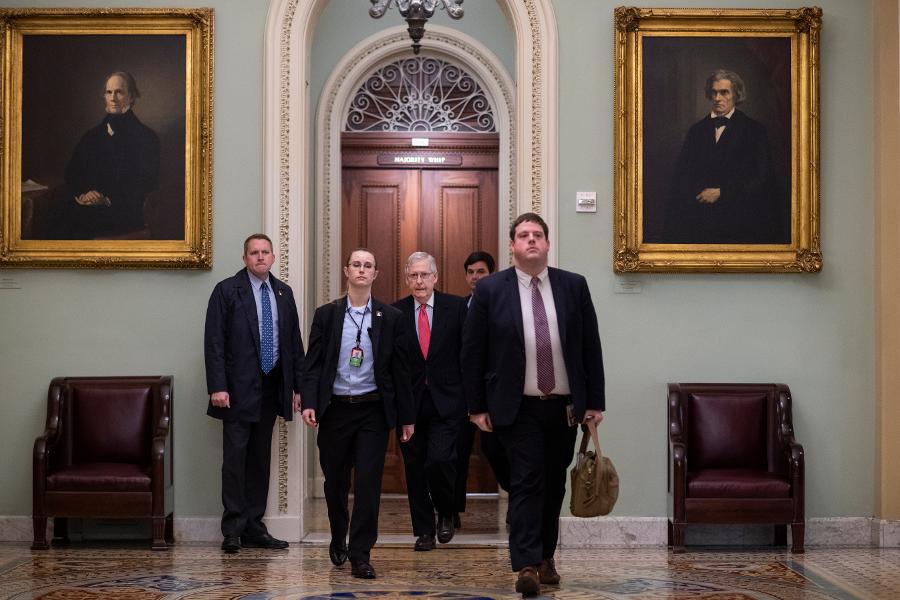 Individuals affected by the coronavirus will be permitted to take a withdrawal from their retirement accounts (IRAs, 401(k)s, etc.) of up to $100,000, without paying the usual early-withdrawal penalty. In addition, the sum withdrawn may be recontributed to a retirement account within three years, without being subject to the usual annual contribution caps. If it’s not repaid, the withdrawal will be taxed at ordinary income tax rates over a three-year period. Notably, the definition of eligibility for penalty free early withdrawals is rather expansive, encompassing anyone experiencing any economic effects due to the virus.
In addition, the limit on loans from retirement plans is increased from its existing $50,000 to $100,000 and the existing limitation that loans may not exceed half the vested account balance has been removed. Due dates for new loans or loans already outstanding are also to be extended by one year.

The legislation resembles prior iterations of “disaster relief,” most recently for individuals affected by the three 2017 hurricanes of Harvey, Irma, and Maria.

The legislation waives the required minimum distributions for IRAs and other individual retirement accounts for calendar year 2020.

Readers will recall that earlier this week I featured the concerns of pension plan sponsors that, absent government action, they would face challenges with respect to quarterly pension plan contributions due as soon as April 15, at a time when they are facing challenges with cashflow and can ill-afford to direct money to pensions. This legislation relieves that worry by deferring those contributions to January 1, 2021, with interest. In addition, one component of existing funding rules is that plans with a funded status of less than 80% (based on the relevant government regulations) are unable to pay out lump sums to their participants. In order to prevent a low funded status calculation due to coronavirus economic impacts from triggering this restriction, plans would be able to use the last measurement prior to 2020 in place of their 2020 measurement. Finally, in the same manner as the Department of Labor previously had authority to postpone various sorts of deadlines for requirements in ERISA for cases of terrorism or war, the law grants them the same ability due to a “public health emergency” — a change that doesn’t have any immediate effect but enables the Department of Labor to invoke this ERISA clause to grant extensions, as they did, for example, in 2017 with the hurricanes and California wildfires.

What’s missing from the bill?

The House version of relief/stimulus was criticized for its grab-bag of provisions and inclusion of items on a wish list that were unrelated to the crisis at hand. Among these was the “Butch Lewis Act” — that is, the “Rehabilitation for Multiemployer Pensions,” House-passed legislation that promised to solve the multiemployer crisis by means of 30 year loans in which only interest is paid for the first 29 years, and a final principal payment in year 30 is forgivable if the plan can’t pay.

The House version also provided funding relief (or special treatment and exemptions from properly funding workers’ pensions, depending on your perspective) for community newspapers.

I’m perfectly happy that these provisions were excluded.

But the House bill also included provisions for employer-sponsored pensions to help them in the medium-term: the ability to make up deficits caused by the market crash and the poor economy over fifteen rather than seven years, and boosts in the anticipated very-low discount rates companies would otherwise be obliged to use to calculate their liabilities (remember, the lower a discount rate is, the higher the liabilities, and those rates are at a historic low at the moment). To be sure, 95% of pension plans have a “plan year” that matches the calendar year, so that there is some time to be had for these plans, both in terms of future legislation and ability to see what the economy actually looks like some months from now, but others will need to measure their liabilities on dates as soon as April 1st.

One, that I can tell: a special benefit for the March of Dimes. This is Section 3609: “Application of Cooperative and Small Employer Charity Pension Plan Rules to Certain Charitable Employers Whose Primary Exempt Purpose Is Providing Services With Respect to Mothers and Children.”

As it happens, in 2014, various small charities and other similar employers were given exemptions from current pension plan funding requirements, and permitted to fund their pensions in a less-stringent manner. The March of Dimes did not fit the criteria for a designation as a “cooperative or small employer charity pension plan” but, back in November, a group of legislators introduced a bill to include them with new narrowly defined criteria (”provides services with respect to mothers and children” and “conducts medical research . . . through grant-making” and “has been in existence since at least 1938”). Why March of Dimes? Reporting from a year ago describes fundraising shortfalls, proliferation of competitor “fundraising walks,” and efforts to “rebrand and refocus.”
(Note that this is different from the exemptions for “church plans”; plans sponsored by churches/religious groups have a longstanding exemption from federal funding requirements but are likewise not protected by the federal government through the PBGC. These “small charity” plans are protected by the PBGC but are nonetheless subjected to more lenient funding rules.)

Was this worthwhile legislation that just wasn’t able to pass on its own? As an actuary, I’m not happy with it, but in the grand scheme of things, it’s small potatoes.

What about the payroll tax credit?

Yes, every time there are proposals to give tax relief in the form of payroll tax credits/cuts, there are people who get upset that this will damage Social Security. The logic is this: if the Trust Fund is not made whole by means of transfers from general federal funds, then Social Security’s funding suffers. And if the funds are replenished, this weakens the degree to which Social Security funding is separate and set-apart from the rest of the government operations. Here’s the advocacy group Social Security Works:

The reality is that delivering benefits via a mechanism of “payroll tax credits” is not a nefarious scheme to weaken Social Security, but simply something that’s logistically/administratively easy to do, or, at any rate, comparatively easier than other mechanisms for accomplishing the same purpose.

Fundamentally, there are too many unknowns to speculate. Will the pandemic and its economic effects turn out to be the equivalent of a particularly nasty recession? Will the effects be so different from a “normal” recession as to cause economic textbook rewrites? And how will that affect the world of retirement?

This article was written by Elizabeth Bauer from Forbes and was legally licensed by AdvisorStream through the NewsCred publisher network.
Copyright 2020 Dow Jones & Company, Inc. All Rights Reserved.