Americans Aren’t Draining Their Retirement Funds in the Pandemic

Workers affected by the pandemic continued to withdraw money from their retirement accounts in the final months of 2020. But, as happened earlier in the year, the increase in the number of people taking withdrawals was modest. 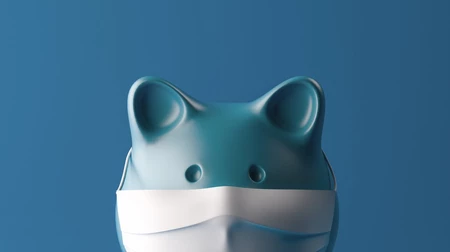 Congress in late March let people pull as much as $100,000 from individual retirement accounts or 401(k)-type plans by Dec. 31 without the 10% early-withdrawal penalty that generally applies under age 59½.

Not many took that option.
In 2020, Fidelity Investments, the nation’s largest 401(k) provider, said 1.6 million people, or 6.3% of eligible participants in plans it administers, took some money out.

Fidelity and many other 401(k) record-keepers reported that although the number of people taking Covid-19-related withdrawals continued to grow in the final three months of 2020, the rate of increase was modest and largely in line with what occurred in earlier months, even as the option to take a penalty-free withdrawal ended on Dec. 31.

At rival Vanguard Group, 5.7% of eligible participants took penalty-free withdrawals because of the crisis and 1.7% did so on hardship grounds in 2020. T. Rowe Price Group Inc. says 8% of eligible people in plans it administers with assets over $25 million took at least one withdrawal because of the pandemic. About 6% of people with 401(k) accounts that Alight Solutions LLC administers tapped their savings.

“Given how many people have been impacted by Covid, 6% can be viewed as good news,” said Rob Austin, director of research at Alight. With unemployment rates high last spring, he said, some in the industry initially expected as many as half of 401(k) participants could raid their accounts.

The main reason withdrawal rates are lower than expected is that the unemployment crisis has disproportionately fallen on lower-income workers, who “are least likely to have a 401(k) plan,” said Brigitte Madrian, an economist at Brigham Young University.

Overall, about one-third of private-sector workers don’t have access to a workplace retirement-savings plan. Fast-food, retail and gig-economy workers are often left out.
Industry lobbyists and policy analysts say they weren’t hearing much discussion in Congress at the start of the year about bringing the provision back in 2021. But if the economic recovery continues to stall, it could quickly be back on the table, said Shai Akabas, director of economic policy at the Bipartisan Policy Center in Washington.

The move by Congress to loosen withdrawal rules in 2020 underscores a growing acceptance of the idea that retirement accounts, which hold trillions in wealth, do double duty as emergency funds.

Since Hurricane Katrina in 2005, Congress has allowed 401(k) and individual-retirement-account withdrawals without penalty for people affected by several natural disasters. In 2018, Congress relaxed certain restrictions on 401(k) hardship withdrawals. In 2019, it passed a law letting parents withdraw as much as $5,000 penalty-free from retirement accounts after a birth or adoption.

Those who tapped their 401(k)s or IRAs in 2020 because of the crisis have the option to repay the money within three years.

Write to Anne Tergesen at anne.tergesen@wsj.com