I’m an analyst at a Washington, DC think tank, where my work focuses on Social Security and retirement policy. In my job, I’m often asked the same question by journalists, policymakers and members of the public: How do we get Americans to save more for retirement? 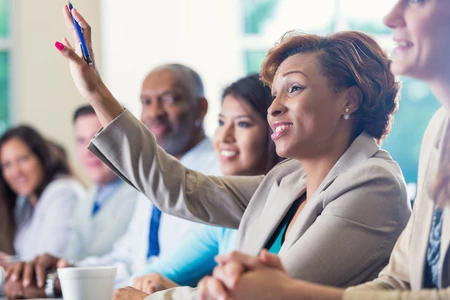 What I suggest is that this is the wrong question to ask, at least unless we first ask another: Should Americans save more for retirement? The answer isn’t nearly as clear-cut as the conventional wisdom might lead you to think.

In 2019 Congress passed the bipartisan “SECURE Act,” designed to boost access to retirement savings plans. The SECURE Act’s cosponsors are now looking at a sequel. And all of this is for the good. But some believe that simply facilitating retirement savings isn’t enough: instead, the government should require that all Americans save in a 401(k) or pay more into Social Security, all out of a conviction that Americans aren’t saving enough for retirement.

But before we can know if we need to save more for retirement, we first should ask why we save for retirement in the first place. The short answer, whether you ask financial planners helping their clients or economists studying the whole population, is that people prefer a steady standard of living to a cycle of feast and famine. Saving might reduce our standard of living during our working years, but it allows us to live much better in retirement.

Let’s start with low-income Americans, the working poor who struggle to stay out of poverty. They don’t save much for retirement, and conventional wisdom says that public policy should be aimed at getting them to save more.

But here’s the truth you don’t often hear: poverty falls as Americans shift from work into retirement, which is the opposite of what you’d expect if the working poor needed to boost their retirement savings. A 2017 Census Bureau study followed households beginning five years prior to claiming Social Security and extending five years past retirement. Five years before retirement, 5.5 percent of Americans had incomes below the poverty line. But by the fifth year following retirement the poverty rate was just 3.6 percent, a one-third reduction in the number of households living in poverty. How can this be interpreted as low-income Americans being inadequately prepared for retirement?

Another study, this time by economists at the Internal Revenue Service and the Investment Company Institute, compared the incomes of Americans three years after they retired to their incomes just prior to retirement. The typical low-income household had a higher income in retirement than they did just prior to retiring, even if we exclude any income from part-time work in retirement.

The explanation for these results is that Social Security coupled with safety net programs like Supplemental Security Income are often enough for low-wage workers to maintain their lifestyle in retirement, even with low levels of savings. If you’re a near-poverty level worker, does it make sense to reduce your standard of living even further in order to boost your income in retirement, when your risk of poverty is already significantly lower? I don’t know of any economic or financial planning rule that says they should.

Similarly, nearly 8-in-10 Americans aged 65 and over tell Gallup they have “enough money to live comfortably,” versus barely over 6-in-10 working-age Americans.

It’s hard to square what Americans say about their own financial circumstances with claims that most households need to significantly increase their retirement savings.
Many people find the arguments and data I present here difficult to believe. Aren’t the elderly disproportionately poor? And aren’t Americans terrible at saving for retirement? These claims might once have been true, but no longer.

Congressional Budget Office data show that back in 1979, seniors were disproportionately likely to be in the poorest fifth of the overall population. That’s when jokes about retirees eating cat food were common. Today, retirees are disproportionately likely to be in the highest-income fifth of the population, and less likely to be poor than working-age Americans or children. What happened? Since 1979 retirees’ incomes grew much more quickly than those of other Americans, by 109 percent above inflation for seniors versus 69 percent for working-age households.

And while Americans might once have saved little for retirement, today more Americans are saving more than ever before. Department of Labor data shows that in 1975, total contributions to employer-sponsored retirement plans were equal to just 5.8 percent of private sector wages and salaries. The reason: only around 4-in-10 workers participated in a retirement plan, those plans were traditional pensions that were funded only by employers, and employers themselves often did a poor job of contributing to their pensions. Today, 67 percent of workers have access to a retirement plan and 51 percent participate. And with today’s 401(k) retirement accounts, both workers and employers contribute. As a result, by 2017 retirement contributions had risen to 9.6 percent of private sector wages and salaries, a two-thirds increase in the amount Americans are putting aside for retirement.

To be clear, some Americans are undersaving for retirement – as they have in the past. We need better analysis of who those people are and why they’re falling short. But it’s not likely to be a simple story, nor a problem that can easily be solved simply by raising everyone’s Social Security benefits or signing everyone up for an IRA plan. Any dollar used for retirement benefits is a dollar that can’t be used for health care, education, to buy a home or start a business. Trade-offs are everywhere, including in retirement planning.

And so before we look for the right answers on retirement saving, we should start by asking the right questions.