Coronavirus Is Pushing the NFL Toward a Financial Cliff

Every NFL team has shaped its roster, planned its future and designed its strategy for winning a Super Bowl around the same basic premise: America’s richest sports league would continue to get richer.

The coronavirus pandemic has burst the league’s $16 billion revenue bubble. 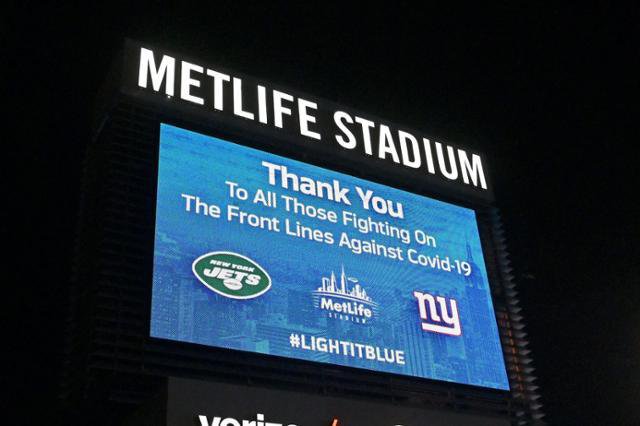 NFL revenue could fall as much as $4 billion in 2020, depending on factors such as how many fans can attend games, executives familiar with the matter said. The resulting drop in the salary cap for 2021—a figure that’s calculated off the prior year’s revenue—could exceed $80 million, or more than 40% of the current cap at $198 million.

That would have a disastrous impact across the league. The only way for teams to meet the dramatically lower cap would be to gut their rosters.

The projected trauma has the NFL and NFL Players Association locked in unexpected negotiations to try to flatten the league’s financial curve and prevent that scenario. Both sides agree that the outcome isn’t beneficial to anybody. But there are tensions on multiple fronts because of the certainty that revenue will go down—and the uncertainty over whether the coming season is happening in full or at all.

The NFL and NFLPA, which have a deep history of combative negotiations over money, disagree over the extent to which players should be paid if the 2020 season is abbreviated or canceled after it starts. The sides fear that situation could arise depending on the state of the pandemic, the status of government shutdowns or even a big enough outbreak in the league.

One NFL owner familiar with the negotiations said it would be deeply problematic if the players are paid in full this season, especially if the season isn’t played out in full, because it would worsen the future financial picture. The players, though, have balked at the NFL’s most recent ask to accept an $8 million decrease in the current salary cap, and an additional reduction in benefits, in order to soften the blow, according to another executive.

At the same time, the mechanisms for smoothing the salary cap are contentious—not just between the league and the union, but also among the players internally, because of the varying ramifications any changes would have for different members of the player population.

The owner said a rift between stars and working class or younger players is slowing the current talks: “You have a more influential, more veteran group dragging their feet, coming up with everything and anything they can to delay the competition.”

NFLPA president J.C. Tretter disagreed, saying the past few months have shown “star players standing up for all players.”

“This has been a unifying moment for our union,” Tretter, an offensive lineman for the Cleveland Browns, said in an email. “Of course we understand what is happening in our country and we want what is fair for everyone. Players are the ones taking the biggest risk by playing in a global pandemic and we just want to protect our guys.”

The NFL’s balance sheet is intricately intertwined with the game fans see on the field every Sunday because the salary cap—the amount of money every team is allowed to spend on its players—is tied to league revenue.

For years, there has been only one way to reasonably plan for the future: expect the salary cap to shoot up. The cap has gone up by at least $10 million for seven consecutive years. The reason is that NFL revenue boomed like never before. Teams had more to spend on players than ever before.

The common expectation was for it to soar even more rapidly following a new round of media rights deals promised additional riches. The latest collective bargaining agreement, signed in March, paved the way for a 17th regular season game and expanded playoffs.

The virus will ruin those projections primarily due to the lost revenue from fans attending games. The New York Jets and New York Giants have already said the current order against mass gatherings in New Jersey means no fans at their games. Other teams have laid out plans for a limited number of attendees that would represent a fraction of normal crowds.

Meanwhile, the preseason has been scrapped and the virus has added additional costs, such as approximately $75 million for Covid-19 testing.

The result of a big drop in the salary cap could be a leaguewide purge. Four teams already have more than $200 million committed to players in 2021, while 21 of the 32 teams have more than $150 million, according to overthecap.com. In order to get below the ceiling, they would have to release players and restructure contracts en masse.

“Nobody could have planned for this,” said Mike Tannenbaum, a former top executive with the Jets and Dolphins.

The mechanisms to avoid that cataclysm and address the projected revenue shortfall involve either agreeing on a pay reduction beginning this year, or delaying the brunt of it to future years. One resolution discussed by the sides involves spreading the loss over multiple years. For example, if the cap’s drop for 2021 were calculated to be $75 million, the two sides could agree to instead reduce the cap by $25 million in 2021, 2022 and 2023.

But the players prefer to spread that out over a longer period of time—over the length of the new, decade-long collective bargaining agreement, multiple executives said. The players believe that would lessen the blow, especially because a decrease in years down the road may be more negligible after the economy recovers and the league cashes in on its new media deals and the 17th game.

Yet that is also potentially contentious within the union, with different players facing different financial hits depending on their contract status and expected longevity in the league.
The players also don’t believe it’s good policy to take any money out of the 2020 cap. “It’s good for NFL owners but bad for everyone else,” said NFLPA spokesman George Atallah.

Other disruptive problems are also on the horizon thanks to the virus. A critical part of the current talks is what individuals players would receive if they entirely opt out of the 2020 season because of health concerns. Those discussions have separated players into two tiers: one for medically supported situations involving higher risk, and others who aren’t but still reluctant to play.