There was no last will. 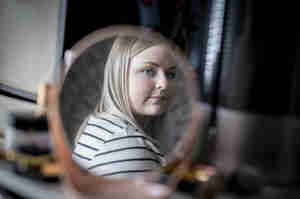 My husband and I knew we’d have our work cut out for us. My father-in-law’s death in November 2020 was a sudden end to a long-term illness, for which he and his children were unprepared. He didn’t have Covid-19, but the hospital’s pandemic-related restrictions had ruled out in-person visits, making it harder to understand his condition and manage his care.

We bought plane tickets to Florida for the next day when we learned his health was in rapid decline. We thought we would land right before he was transferred to hospice care, where my husband, Ryan, would be able to visit his father. But he didn’t make it through that night.

The next day, we boarded our flight as planned. What was supposed to be a last reunion became a recovery mission. Ryan tried to sleep while I made lists, based on Google search results and AARP articles, of what we needed to find. A last will, an inventory of bank accounts, credit cards, retirement accounts. By the time we touched down in the beachside town, we had a road map scribbled on scrap paper.

But we didn’t realize how much was left undone. Not only was there no last will, there was no inventory of assets. We didn’t even know where his wallet was. We had to start from scratch.
Ryan and I stayed for three weeks, piecing together what we could from mixed-up file folders and old bills. His brother helped from afar and his mom flew down to help us over the finish line. His father’s death thrust Ryan, then 31 years old, through a door he’d expected to remain closed for much longer, into an unfamiliar world of uninventoried assets and probate attorneys.

If it were another year, Ryan might have gotten to say goodbye. He and his father might have sat down together and talked through all that would come after. There may not have been closure, but there would at least have been clarity.

But it wasn’t a normal year.

After months of Covid-related deaths of parents, grandparents and other relatives, many young adults are facing something we didn’t expect at this point in our lives: dealing with our family members’ estate plans (or lack of plans) after they die.

The numbers have reached such staggering heights, they’re nearly impossible to conceptualize. More than 570,000 Americans are dead from the coronavirus, according to the Centers for Disease Control and Prevention, and U.S. Covid-19 cases have surpassed 32 million.

The grief reaches far and wide. Last summer, a University of Southern California analysis found that on average each Covid-19 death corresponded with roughly nine individuals who lost a grandparent, parent, sibling, spouse or child. At the time, an estimated 137,871 lives were lost, corresponding with more than one million bereaved Americans. Using today’s death toll, that number reaches more than five million.

The study’s authors noted that younger individuals were at high risk of losing parents and grandparents, who fell into the age groups with the highest documented fatality rates.
Caitlin Moen is one of those people.

The 25-year-old was working on her thesis for graduate school in Mankato, Minn., when her dad died from Covid-19 last spring. Her father, then 64, had also recently been diagnosed with cancer.

For the past year, Ms. Moen has been picking up the pieces: sorting through the papers in his home to find important documents, requesting forbearance for his mortgage, and now selling her childhood home while trying to process her loss.
“When everything started I was 24. I thought my dad was going to live till he was 80, and by then I’d be in my 40s,” she says. “I’d be done with school and have a job and be able to take the time to handle it all.”

Having those expectations broken has been one of the hardest parts for grieving family members during the pandemic, says Barbara Schelhorn, a principal and senior client adviser at SBSB Financial Advisors. “They’re not given that luxury of time,” Ms. Schelhorn says, referring to both the younger generation and their lost loved ones. “There are a lot of things—simple things—to put in place to make it easier for [family members] after you pass, but if you don’t have time and you don’t prepare in advance it can be very overwhelming for the survivors.”

Ms. Moen’s dad, like my father-in-law, left no will behind.

“He was one of those, ‘I’m gonna live forever, don’t worry about it right now’ kinds of people,” Ms. Moen says. In the days after his death, she had to reverse-engineer an understanding of his assets and liabilities, getting access to his P.O. Box and sorting through everything in his house with a longtime friend. Ms. Moen says her friend “Marie Kondo-ed everything,” organizing documents by account and figuring out what to shred.

At the same time, Ms. Moen was getting calls from the medical examiner’s office to deal with her father’s remains. There were no documents to indicate what he would have wanted; she chose cremation. The service cost about $2,500, which Ms. Moen couldn’t afford by herself. She borrowed the money from a close relative.

Ms. Moen worked with a probate attorney to take stock of her dad’s assets, credit-card debts and revolving bills. Going through probate court, which handles the administration of a deceased person’s estate, took months. She finished the process last September and finally got access to her dad’s bank accounts.

“All in all, there was like $8,000,” she says—much more than she expected. She created a bank account for the estate to cover home-improvement expenses as she works to sell his home.

Ms. Moen was able to get her dad’s monthly mortgage payments put into forbearance after he died until February 2021, and she found a potential buyer—a neighbor’s daughter. But she has run into problems she attributes to her own naiveté.

Without the help of a real-estate agent, she didn’t make it clear in the purchase agreement that the house was being sold as-is, Ms. Moen says. So, to complete the sale, she has spent $3,000 on replacing the furnace, $1,600 on a radon-mitigation system, about $1,000 on installing gutters and $600 on removing mold, and still has a wall to patch.

She feels a twisted irony toward her limited time as a homeowner, the impossible dream of many in their mid-20s. “It’s my childhood home…and it’s so much effort, and I don’t get to keep it,” she says. “Owning a home is the one thing my fiancé and I desperately wish we could do, and now I’ve gotten it under the worst circumstances.”

After she finishes selling the house, takes care of any remaining debts and pays the attorneys, Ms. Moen thinks she might have around $10,000 left over. But she doesn’t want to get her hopes up.

“I have private student loans from my undergrad that I pay $200 a month for, so paying those loans down would be the first thing I’d do,” she says.

The process gave her a crash course in aspects of personal finance she hadn’t expected to deal with for decades, as she had assumed she and her father had plenty of time to sort out what would happen after he was gone. In taking care of the estate, Ms. Moen says she hasn’t had the time to grieve.

“Now I feel better equipped” for the future, she says. “But it sucks that I had to be forced to learn this way.”