A year ago, the longest-ever bull market ended.
The comeback in the stock market since then has been nothing short of astounding. 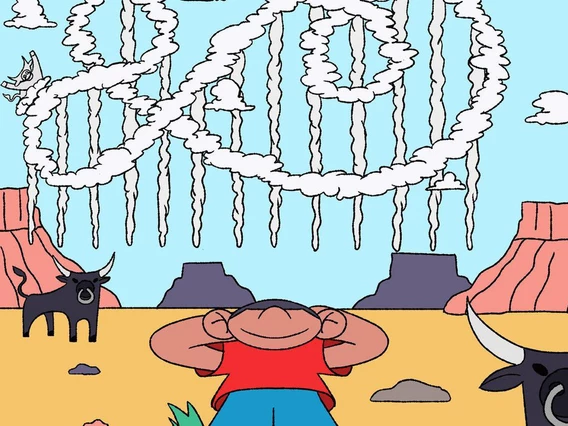 The S&P 500 took just 126 trading days to swing from a record to a bear market and back to a new high—marking the fastest such recovery in history. That was even as market prognosticators warned stocks were due for another bout of selling, based on the growing death toll and unprecedented job losses caused by the coronavirus pandemic.

The U.S. is still in the midst of the same pandemic that led to the spring selloff. And the market’s future remains mired in uncertainty. Just last week, surging bond yields sent many of the most popular technology stocks of the past decade sliding.

The stock market is now barely above the point where it began the year. This coming week, traders say they will be keenly focused on inflation data, which may add to the recent debate over whether inflationary pressures are picking up.

Whatever the data show, many investors say the ups and downs of the past year have reminded them that some investing truths are eternal. Among them:

The markets look way ahead of us

Stocks bottomed out March 23. The next day, a furious rally sent the Dow up more than 11% for its best session since 1933.

The pandemic was far from over. In the same week, politicians and health experts declared New York City the epicenter of the coronavirus pandemic, the U.K. went into lockdown and Japan postponed the Tokyo Olympics.

How was a market rally possible?

Investors like to cite the adage that markets are forward-looking. There is no clearer example of that in recent memory than what happened last year.

Those buying stocks last spring weren’t necessarily doing so out of a belief that the pandemic was close to an end. They were betting on the future turning out to be better. And they were right. Companies are expected to report a 3.9% increase in earnings for the fourth quarter of last year. That is a modest increase, but nevertheless would mark the first quarter of year-over-year growth since the end of 2019, according to FactSet.

An investor waiting for a clear turning point on the pandemic—say, the first vaccine approval—would have missed much of the market’s ride higher.

“It’s hard, it feels counterintuitive for a lot of investors, but if you only focus on buying things that were loved in the past, you’ll always be buying high and selling low,” said Don Calcagni, chief investment officer of Mercer Advisors.

The moment was also fleeting for stay-at-home stocks. Many of them soared in the first half of last year. But as scientists pushed closer to developing safe and effective vaccines, momentum for those trades faded. Domino’s Pizza Inc., Zoom Video Communications Inc. and McCormick & Co. have one thing in common: their shares peaked last fall.

What was bad news for stay-at-home stocks was good news for companies in the travel business, which began rallying in the final months of 2020. While the S&P 500 is essentially flat this year, Norwegian Cruise Line Holdings Ltd., American Airlines Group Ltd. and Delta Air Lines Inc. have notched double-digit increases on a percentage basis.

If last year’s selloff felt like it happened with vicious speed, that is because it did. It took just 16 trading days for the S&P 500 to fall from its Feb. 19 record into a bear market, or a 20% drop from that high. That marked the index’s fastest-ever such descent, according to Dow Jones Market Data.

The comeback that followed was also historically swift. (Though it probably didn’t feel like it for weary traders.)

“You’re really going to either have to play the speed game all the way around, or you gotta grin and bear it, be patient and just hang on and really stick to your buy and hold strategy,” said Richard Grasfeder, senior portfolio manager at Boston Private.

The pace of the action in more speculative corners of the market—think bitcoin, dogecoin or any of the “meme stocks”—has been even wilder.

“The fact that with technology, information moves so fast…I think you can make the case that it has really sped up market cycles,” said Ben Carlson, director of institutional asset management at Ritholtz Wealth Management.

Stock pickers love volatility, but it doesn’t always love them back

The feeling that markets are moving faster than ever should be a boon to active managers. Analysts have long argued that the professionals have the best opportunity to prove themselves when there is plenty of dispersion: meaning the gap between the market’s losers and winners is wide.

But that didn’t pan out in the first half of 2020, a period rife with volatility. Just 37% of U.S. large-cap equity funds managed to beat the S&P 500 over the first six months of last year, according to S&P Dow Jones Indices. (The firm hasn’t yet released its full-year report on active managers.)

Will stock pickers buck the trend in 2021?

So far, they are off to a good start. Bank of America found 70% of U.S. large-cap mutual funds beat their benchmarks in February, the highest share since 2007./

Much of that outperformance appears to have been driven by the fact that technology stocks have underperformed lately. Technology has a big pull on market cap-weighted indexes like the S&P 500, so active managers who haven’t heavily weighted the sector in their own funds have historically struggled to beat the market. This year, it seems a number of fund managers got the timing right. Many are holding on to more shares of companies like banks, utilities and energy producers, which have held up better in the market pullback.

On the other hand, investors who have made a name for themselves betting big on technology have been stung by widening losses. Among the highest-profile casualties of the past few weeks: Cathie Wood’s ARK Investment Management LLC, whose funds have sizable holdings in companies like Tesla Inc., Roku Inc. and Square Inc.

The growth versus value debate has played out countless times over the past decade, with little reward for value investors. But with rising interest rates putting pressure on long-loved corners of the market, money managers like John Allen, chief investment officer of Aspiriant, are feeling hopeful.

“We believe this is going to be a decade where active investing prevails,” Mr. Allen said.

Write to Akane Otani at akane.otani@wsj.com