Many investors and financial advisors, regardless of age or socio-economic status, too often make the same predictable investment mistakes, being bound by one critical commonality, the immutability of human nature. 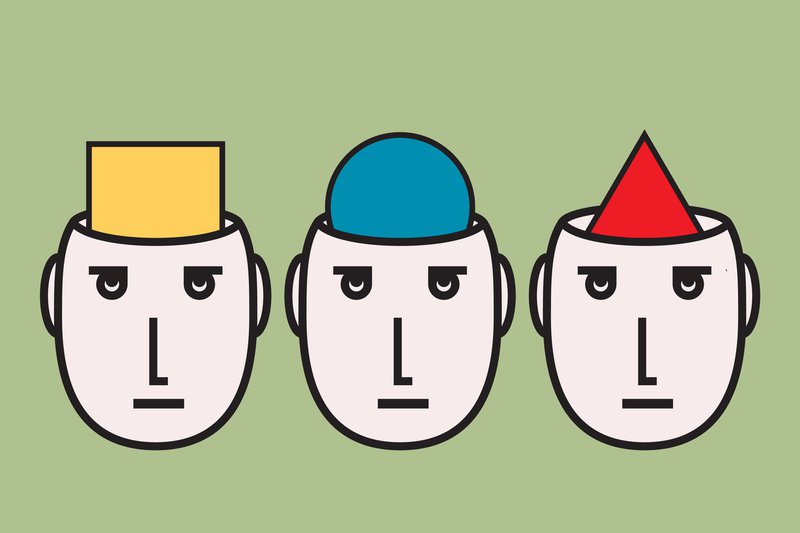 Other stocks that have long been considered defensive bets during a downturn, such as those of real-estate and utility companies, have suffered steep losses.—can induce destructive behavior when attempting to make rational financial decisions under conditions of uncertainty. As I point out below, the “smart money,” as illustrated by the actions of the Tiger 21 investment group, may be more susceptible to these biases than the rest of us.

Fortunately, people act rationally regarding most economic and financial inputs, purchasing more goods and services as prices are low and falling and being repelled from buying when prices are high and rising.

There is one major exception: stock purchases. When stock prices are high and rising, humans tend to believe that future expected returns are also rising and their risk is falling—think of how pricey internet stocks got in 1999 and early 2000. When prices are low and falling, human nature conversely tends to assume that future expected returns are also falling and risk is simultaneously rising—think the latter months of the financial crisis-induced bear market of 2008 and early 2009.

While buying high and selling low is too often the norm, investment success generally requires a deeply countercultural and counterintuitive approach. It doesn’t merely require ignoring conventional wisdom, but actually doing the opposite of such “wisdom.’’

Conventional wisdom supports the fiction that stocks are “risky” and bonds are “safe,” which is based on an incorrect definition of risk. In the 1950s, Nobel Prize-winning economist Harry Markowitz essentially defined this conventional wisdom by choosing up and down movements around the permanent uptrend of stock returns—volatility—to represent risk in his academic model. But in contrast to Markowitz’s thinking, real investment risk is the chance that investors’ last dollar leaves them before their last heartbeat. Volatility is not risk any more than temporary decline (the only kind the S&P 500 has ever experienced) is permanent loss.

A goal of reducing volatility, as an end in itself, is antithetical to wealth preservation. Volatility and return are directly correlated, so reducing one reduces the other, potentially minimizing lifetime return. In reality, it’s bonds that are risky over the long run and stocks that are safe.

Over the past 60 years, investors have often cited many troubling geopolitical and financial events as excuses to avoid taking the “risk” of owning stocks, whether it was the Cuban missile crisis, the Vietnam war, the lost decade of the 1970s (marked by double-digit interest rates, inflation and unemployment), the 23% one-day record decline in the Dow in October 1987, the S&L crisis of 1990, the internet bubble bursting in 2000, the unprecedented terror attacks of 9/11, or even the coronavirus. Through all of it, cash dividends produced by the S&P 500 grew from $2 in 1960 to $60 (a 30-fold increase). In 1960, $1 million invested in the S&P 500 secured a roughly 3.5% annual cash dividend of $35,000. Today, that $1 million investment, if left alone, would throw off a cool $1 million. That’s a 100% yield on the initial investment! What did an investor need to do to experience this outcome? Aside from making the initial investment, absolutely nothing. Today, $200,000 buys what $35,000 bought in 1960. Stock dividends alone enabled a five-fold standard of living increase.

The S&P 500 is a peerless asset class, capturing the totality of human ingenuity in a single liquid investment. Historically, it’s among the most reliable long-term investments. Moreover, equity principal grew to $50 million (about 6.7% annualized), while the “conservative” bond holder, having achieved his “goal” of perfectly preserving principal, forever froze the growth of his million dollars. He lost, forever, more than 80% of his purchasing power – $1 million in 1960 dollars, adjusted for inflation, is worth a scant $170,000 today—but in the safest way possible (no volatility)! His wealth and likely his retirement were irreparably harmed.

It is important to keep some bonds and/or cash, but not for the purpose of reducing “risk” which—in spite of what the advisory industry and financial media regularly purport—bonds don’t do. One should generally keep 2-3 years of liquidity in cash or bonds. This mitigates the likelihood of having to sell stocks at a loss—during the historical average peak-to-trough and back market cycle (about three years)—to meet living expenses. Investor behavior, unchecked, often results in running out of money, negatively affecting one generation. The importance and value of avoiding these mistakes increases dramatically for the ultra-wealthy, as countless generations are penalized.

The real investment risk is not the probability of suffering permanent loss due to overexposure, but of running out of money due to underexposure to stocks’ persistently rising dividend income. So, what can we learn from habits of ultra-wealthy investors?

Let’s look at Tiger 21, a well-heeled “peer-to-peer” advice group whose members are among the wealthiest Americans. The group’s periodic public disclosure of its investment behavior and allocations demonstrate that the ultra-wealthy make the same predictable investment mistakes as everyone else, with two major differences: they make them with a lot more confidence and a lot more money.

Simultaneously, Berkshire Hathaway was named as the group’s top stock pick, immediately preceding Warren Buffett’s worst decade of performance versus the S&P 500. This is classic group performance-chasing or herding behavior—following the crowd—as we’d rather be conventionally (with the crowd) wrong than unconventionally (individually) right. In fact, 10% of the Tiger 21 group was exposed to Bernie Madoff’s Ponzi scheme, according to Tiger 21 founder Michael Sonnenfeldt, some through his private investment company, MUUS. Ultimately, admitting that it never understood many of its complex hedge fund investments, Tiger 21 all but abandoned them to go “back to basics.”

Tiger 21 also herded to oil and gas limited partnerships, chasing tax-favored yield (high income payouts) instead of total return, and allowed ephemera like tax considerations to control investment decisions. Their chasing of MLPs near the height of the 2014-2015 energy bubble shows that their herding instinct is no better than the rest of ours. Sonnefeldt recently said that FAANG stocks and Microsoft should be in the portfolio because “they have done amazingly!” That arguably translates to “buy high.” Human nature does not spare anyone from overconfidence bias – holding an inflated view of our skills, intellect or talent. In his book, “Think Bigger,” Sonnenfeldt acknowledges the virtual impossibility of consistent outperformance, yet the group appears to continuously attempt it.

To be sure, the ultra-wealthy do in fact succeed with some investment choices. Tiger 21’s purchasing of FAANG stocks and the organization’s relatively recent investment in asset manager Blackrock’s stock are but two of many examples. But, while those successes make for nice cocktail party chatter, they in no way reflect a wealth management plan. Real estate (owned directly or via private equity) remains their largest investment—near record levels. It is the comfort zone where many members created their fortune. Mr. Sonnenfeldt declined to comment for this article.

Another bias, familiarity bias—believing the familiar will help us more than the unfamiliar—leads to portfolio concentration and lack of diversification, and is anathema to successful wealth management. Tiger 21’s growth allocation (outside of cash and bonds) is roughly 72% in alternatives. But the investment group is exposing families to the potential risk of inheriting many illiquid investments.

Even the genius Sir Isaac Newton lost significant wealth chasing the South Sea Company and capitulating to one of the most famous historic stock bubbles in 1720. The fact that this legendary scientist was also England’s Master of The Mint, the institution overseeing production of coinage, couldn’t shield him from the ravages and immutability of human nature.

Successful investing is a tug-of-war between one’s faith in the future and fear of it. The investor insisting on acting as anchor, due to the illusion of control, will almost always lose the war.

So what must one do to succeed as an investor? Immediately establish a date-specific and dollar-specific plan and identify a tough-loving, but empathetic, behavioral investment coach uniquely qualified to help prevent human nature from blowing up the plan. Avoid all advice based on any timing and selection value proposition.

Nobody can consistently outperform the market, predict the economy or identify the prospective best performing investments: Practicing such an approach will likely lead one to underperform the market and, more critically, one’s goals. In my experience, all successful investments are goal-focused and planning-driven, while all failed investments are market-focused and performance-driven. Successful investors continuously act on a plan, while failed investors continually react to current events and the markets. Most focus on the wrong things, and have neither a plan nor a coach. My decades of experience and my inference studying Tiger 21’s disclosures, indicate the same is likely true for the ultrawealthy. As Yogi Berra said: “Be very careful if you don’t know where you’re going, because you might not get there.”