The Dow Jones Industrial Average fell into a bear market on Wednesday for the first time since 2009. Many traders say it won’t be there for long, viewing the coronavirus scare as likely having only a transitory impact on the economy.

“As quickly as we came into this bear market, we could come out of it if we saw improvements,” said Rich Steinberg, chief market strategist at the Colony Group.

But others say the market’s future course will be determined largely by yet another unknown: whether the economy heads into recession this year after an 11-year expansion. Recessions are typically accompanied by steep share-price declines, and many bear markets last months and years as investors work through various stages of grief.

The average bear market wipes about 36% off the S&P 500 and lasts for about seven months, according to data compiled by Dow Jones Market Data. If that held this time, it would put the S&P at about 2200 some time around September. The S&P closed Wednesday at 2741.

“If we get this thing rolling, we could be under 2000 pretty rapidly,” said Michael Oliver, the founder of research firm Momentum Structural Analysis. 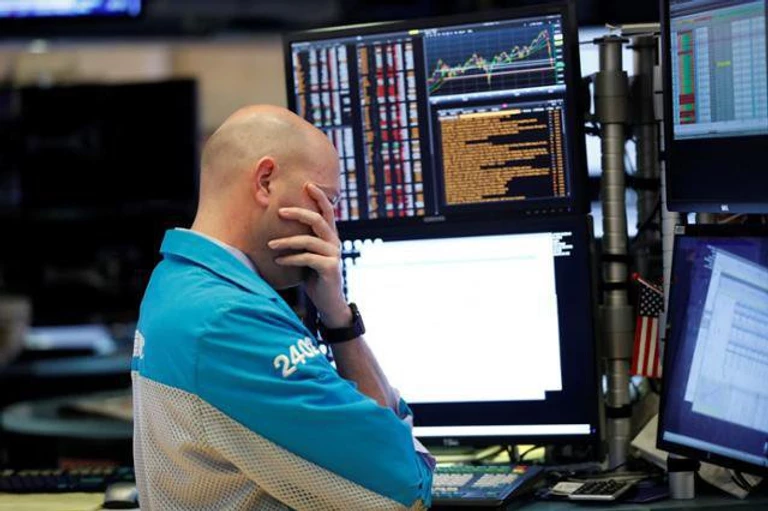 Though bear markets can last any amount of time, investors say the decline in sentiment that typically accompanies a long pullback in the stock market means that truly brief bear markets are relatively unusual. The underpinnings of a new bull market can’t be laid until people are so convinced that stocks can’t rise that the market finally begins to perk up.

“There’s a sentiment side to it,” said Jeffrey DeMaso, director of research at Adviser Investments, a Newton, Mass.-asset manager. “It’s the sentiment of people wanting nothing to do with the market.”

Mr. DeMaso notes that the 20%-from-a-recent-high standard that puts the Dow in a bear market now has been nearly breached a number of times in the past decade, a fact that might bode well for those who own stocks. In both 2011 and 2018, the S&P 500 fell 19% at the trough of deep selloffs, while several sectors, as well as some other indexes, did fall more than 20%. In other words, even as the S&P 500 itself wasn’t technically in a bear market, swaths of the equities market were.

“From an investor’s point of view these periods and performance count as multiple bear markets,” Mr. DeMaso said.

But in those other selloffs, there was never a real question that the economy was in a recession, said UBS Global Wealth Management strategist Michael Crook, which he said explains why investors were quick to “buy the dip” in those instances.

Reach out to learn more or if you have any questions.

This article was written by Chris Carosa from Forbes and was legally licensed by AdvisorStream through the NewsCred publisher network.