Making Financial Decisions When You Don’t Have All the Facts

Even a fortuneteller could not have foreseen what a crazy year 2020 has been.

And it wasn’t just the pandemic. There was also the wild and close presidential election, and now there is the question of which party will control the U.S. Senate. The answer will determine what tax changes President-elect Joe Biden will be able to enact.

Here are two views on the question.

Two runoff elections in Georgia in early January will decide whether Republicans will hold a majority in the Senate or whether Democrats will hold 50 seats, with Vice President Kamala Harris breaking any tied votes. 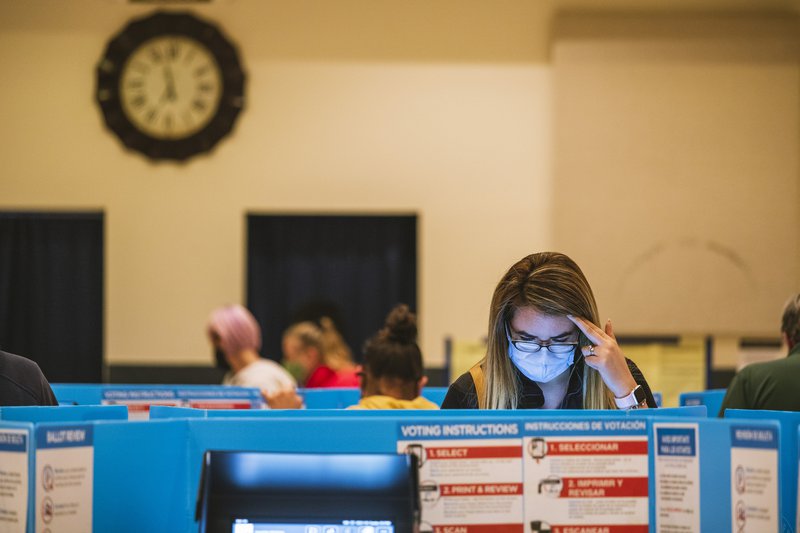 Yet the outcome will not be known until early next year, making it more difficult to plan now for what next year may look like. So how can you make financial decisions that carry significant tax consequences before the end of the year?

“Whether you’re talking income tax or estate tax issues, there’s a common denominator on what to do, and that is, what is the opportunity cost of taking action or not taking action?” said Tony Roth, chief investment officer at Wilmington Trust.

“There are some things you can do that have a high opportunity cost,” Roth said. “Then there are other things that don’t have as potentially as high an opportunity cost. It all needs to be framed around that.”

As you’re making your choices, you have to consider the possibility of an increase in the tax rates on income, capital gains and wealth transfers as gifts or through estates at death.
Here is a look at four areas where weighing the costs of decisions now could have impact for years to come.

Rebalancing a portfolio is a typical year-end endeavor. But this year, it carries some added weight.

One of Biden’s tax proposals is to increase the capital gains rates — now at 23.8% for the highest earners — to match the income tax rates, which under a Biden administration could top out at 43.4%.

So the question becomes, do you sell now and pay the known tax? Or do you hold the stocks until next year, hope for a post-inauguration runup in value and potentially pay a higher tax?

“It has clients frightened,” said Ed Renn, partner in the private client and tax team at the law firm Withers. “It’s a doubling of the capital gains tax. Then, throw in state and local taxes, and the client is over 50%.”

One thing to consider is when you are most likely to sell the stock. If it’s something you planned to do anyway, then go ahead and do it now, when you know what the tax is going to be, Roth said.

“If you think there’s a high likelihood that you’re going to sell the asset one way or the other in the next four years, then the opportunity cost of selling it between now and the end of the year may be relatively low,” he said.

The counterargument is that after the inauguration, the stock market could be poised for another run, fueled by investors sitting on cash until they see how much Biden can do. Michelle Connell, founder and president of the wealth management firm Portia Capital Management, noted that a measure of the amount of cash available to invest, known as the M2, is up about 25% over last year.

“Money needs to go somewhere,” she said. “I think the markets are going to go to a much higher level because there is so much liquidity sitting on the sidelines.”
If you are inclined to believe that argument, then the appreciation in your stock could outweigh any possible tax increase. But it’s a bet that needs to be right twice — on taxes and on stock appreciation.

The decision of whether to sell a family business is both emotional and financial in the best of times. But there could be several factors that make this year a better time to wrap up a deal.

The potential increase in the capital gains tax is one factor, for sure. Given the work that has gone into building a business, paying 20% more in capital gains tax is hard to swallow. It’s also less likely that a closely held business is going to appreciate the way securities might in a post-inauguration bump.

One tax strategy that families use to keep their businesses without having to bring in outside investors or borrowing significantly is to discount the value of the business and put those discounted parts into trusts for heirs. The Internal Revenue Service typically allows business owners to discount valuations by about 30% because outside buyers typically do not want to pay full price if they are not going to have more control than family members will retain.
But Biden has floated the idea of decreasing the discount allowed, which alone would mean far more in taxes. Add to that potentially higher capital gains taxes, and the incentive is high to complete a sale this year.

“If you’re going to sell your business now, and you want to wait, is the buyer going to pay you 20% more next year?” Roth asked. “That’s what you need to make up for the transfer tax.”

This year also provides an added planning tool for family business owners. They can ask for a so-called “as of” valuation to appraise the company on a certain date, presumably one at the start of the pandemic when the company’s value was lower.

“Except for internet or medical companies, most of my clients could get a valuation as of June 1, where the numbers were dramatically down,” said Sarah Wentz, partner at the law firm Fox Rothschild. “If the numbers are back up now, you can use a valuation within the last few months.”

As long as the valuation is no older than six months, she said, it is allowed by the IRS.

“There’s just so much wealth that is moving,” Wentz said. “I’ve moved half a billion dollars’ worth of wealth in the past six weeks, and I’m just one lawyer in the Midwest.”
She said she had 20 families that asked before the election about transferring the full amount — more than $23 million for couples — and all but one went through with it afterward.

In this instance, the decision comes down to whether you were going to give away the money anyway and how much wealth you have. If the answer is yes to the first question and if you can afford to give your heirs assets worth $23 million, then it’s still the right thing to do.
“The theme for this year is, stick to your overall plan,” said Carrie Galloway, a wealth adviser at J.P. Morgan Private Bank in New York. “It hasn’t changed due to the election. We’re still advising clients to do so and do so sooner rather than later. We have historically high exemption amounts.”

Even people with lower levels of wealth could be affected by changes in the tax laws. Biden is considering a change in how assets are valued when someone dies. Currently, assets are valued on the date the person died. But the proposal would value the assets based on their original price. The person who inherited the assets would then also inherit all the capital gains, Renn said.

In 2012, affluent people rushed to complete gifts by the end of the year for fear that the exemption per person was going to drop from $3.5 million to $1 million or less. Instead, the opposite happened: The exemption level went to $5 million and was indexed to inflation. There was some giver’s remorse.

This time around, a once-obscure trust called a spousal lifetime access trust, or SLAT, has gained currency. It allows someone to make an irrevocable gift and takes the money out of the person’s estate, but the person who made the gift can still get access to it if needed. The other spouse can then set up a similar trust.

Drafting these trusts is somewhat complicated if they are to withstand IRS scrutiny. “The flexibility is really to provide the ability to adjust to changing circumstances,” said Pam Lucina, chief fiduciary officer and head of the trust and advisory practice for Northern Trust Wealth Management. “It shouldn’t be looked at as a way to undo the entire plan. If you do, you’ll be inviting an IRS audit, which increases your complications.”

In a year with so much uncertainty, some flexibility is attractive.

This New York Times article was legally licensed through AdvisorStream