Millennials saw their finances improve from 2016 to 2019, largely due to the strong economy, but their retirement preparedness still lags behind previous generations, according to a new study. And student-loan debt is to blame. 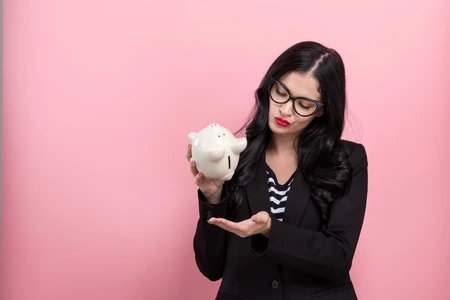 Back in 2016, researchers at the Center for Retirement Research at Boston College compared millennials with other generations at the same point in their lives and found that millennials were behind in terms of earnings, labor-force participation, savings, and rates of marriage and homeownership. That wasn’t surprising, researchers say, given that millennials entered the workforce at an inopportune time, sandwiched between the end of the dot-com bubble and the 2008 financial crisis.

To see whether millennials had gained ground in the three years since that study, researchers analyzed the Federal Reserve’s 2019 Survey of Consumer Finances. The data show that millennials have caught up in several key areas, including earnings, access to employer-sponsored retirement-savings plans, and achieving life milestones such as getting married or buying a home, researchers say.

But millennials still have less wealth than prior generations did at the same age, primarily because of student-loan debt, according to Anqi Chen, assistant director of savings research at the Center for Retirement Research and co-author of the report. “A few years ago, we found that [millennials] were just behind on every measure,” Chen said. “They definitely have improved in the last few years, but the second takeaway is that student loans are still kind of weighing them down.”

Researchers found that 40% of millennial households ages 28 to 38 have student loans, and those outstanding balances amount to 43% of their income. Student-loan debt was less burdensome for the prior generations studied, representing only 29% of income for Generation Xers and 10% of income for late boomers at the same age.

To update their comparisons, researchers looked at data from 2019, 2007, and 1992 to measure three generations against each other when they were ages 28 to 38. Researchers calculated each generation’s median net wealth at 28 to 38 as a percentage of their annual income, and millennials had the lowest figure at 56%, trailing late boomers (57%) and Gen-Xers (83%).

Millennials ages 34 to 38 were the furthest behind the other generations at the same point, with a 70% ratio of net wealth to income, compared with 82% for late boomers and 110% for Gen-Xers.

Gen-Xers have a much higher wealth figure for two main reasons: First, these calculations don’t take into account future income from defined retirement benefits like pensions, which results in a lower figure for late baby boomers, who are more likely to have them, Chen says. Secondly, millennials’ rough entry into the job market and high student-loan debt hold down their figure.

When student loans are eliminated from the equation, millennials compare more favorably. Millennials ages 28 to 38 had a 76% ratio of net wealth to income in this scenario, compared with Gen-Xers at 90% and late boomers at 61%. In the 34-38 age group, the figures were 102% for millennials, 114% for Gen-Xers, and 86% for late boomers.

Without student-loan debt, millennials are “kind of on par with older cohorts,” Chen said.
Millennials are the most educated of the three groups studied, so a greater percentage of them are facing student-loan debt. Looking only at 38-year-olds in 2019, for example, 42% of men and 48% of women have a college degree. For Gen-Xers at the same age, those figures were 33% and 38%, and late boomers checked in at 28% and 24%, according to the study.

Researchers have noted that millennials’ lack of wealth is one reason why many have delayed getting married or buying a home. Only 37% of 28-year-olds in 2019 were married, compared with 48% of Gen-Xers and 54% of late boomers at the same age, according to the study. However, the numbers are about even at age 38, with 67% of millennials being married, compared with 69% for each of the other two generations.

Similarly, millennials are catching up in terms of homeownership. Among 28-year-olds in 2019, 39% owned a home, compared with 44% of Gen-Xers and 39% of late boomers at the same age. But at 38, the numbers were 64% for millennials and late boomers and 67% for Gen-Xers.

From a financial standpoint, millennials rallied amid the pre-pandemic economy. But Chen said their lack of wealth in their 30s relative to prior generations “should be a source of great concern,” especially since many got a late start to investing in 401(k)s and similar plans because of the poor job market they encountered in their early 20s.

“Even though they have the same access rates and participation rates now that they’re in their late 20s and early 30s, that wasn’t the case when they were younger, so they’re still potentially missing out on up to 10 years of retirement savings, some of them,” Chen said.