Powell Says Despite Signs of Stabilization, Risks of Long-Term Economic Damage Are Significant

WASHINGTON—Federal Reserve Chairman Jerome Powell said the economy faces potentially significant long-term damage from higher unemployment and a wave of small business failures due to the coronavirus pandemic despite recent signs of an economic rebound. 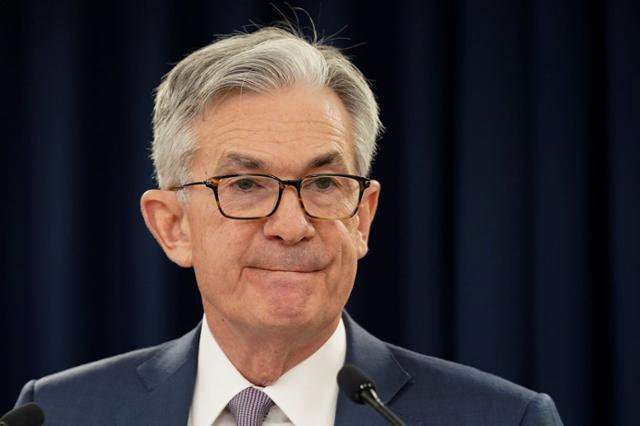 “Until the public is confident that the disease is contained, a full recovery is unlikely,” Mr. Powell told the Senate Banking Committee Tuesday at the start of two days of congressional hearings.

After cutting interest rates to near zero in mid-March, officials have introduced a range of emergency lending programs to purchase debts of companies, cities and states.

Stock markets rallied on Monday after the Fed spelled out how it would execute a previously announced initiative to purchase up to $250 billion in bonds issued by U.S. companies that were highly rated as of mid-March.

Since those purchases began on May 12, they have been limited to around $1 billion a week in exchange-traded funds that invest in corporate debt. The Fed had said the program would also become available to companies that wanted to sell their bonds to the Fed.

But under the changes announced Monday, the central bank on Tuesday began purchasing individual bonds as part of a custom-built, diversified market index, regardless of whether companies want the Fed to own their debt.

The announcement fueled some investors’ hopes that the central bank might move beyond a more passive role supporting market functioning toward a more active one providing additional economic stimulus.

He said that over time, the central bank would shift away from purchasing exchange-traded funds. Officials aren’t planning to make sudden adjustments to the ETF purchases.

The central bank doesn’t want “to run through the bond market like an elephant, snuffing out price signals and things like that,” he said. “We want to be there if things turn bad in the economy or things go in a negative direction.”

Lawmakers at the hearing, conducted remotely, mostly offered support for the Fed’s actions since mid-March and pressed the Fed leader for his views on how to structure any additional support for the economy.

If the virus remains “reasonably well under control,” Mr. Powell told lawmakers he expected the economy to move through three phrases. The first one, a sharp contraction, could then lead to the second—a bounce back marked by large increases in re-employment.

Mr. Powell said it was possible the economy was in the beginning of that second phase, but he warned that the third phase of recovery would require Americans to regain their confidence engaging in activity that requires close indoor contact or large outdoor gatherings.

This last stage could take some time, keeping employment and activity below their pre-pandemic levels, said Mr. Powell. “There are parts of the economy that will struggle to return to their old ways of activity,” he said.

Congress faces deadlines this summer over how to address expiring provisions of temporary relief for businesses and unemployed workers, following nearly $3 trillion in emergency spending earlier this year.

Democrats have supported a more aggressive round of spending, with the House of Representatives last month approving another $3 trillion relief package. Some Republicans have said they are worried about the long-term impact on deficits with additional spending, and many have said they want more time to see which parts of the economy will need support the most.

Mr. Powell has embraced a more plain-spoken approach compared with his predecessors when it comes to discussing what the Fed is doing and why. But owing to fears the central bank will put its apolitical credentials at risk by wading into more partisan spending debates, he adopted a more cryptic tone when pressed by lawmakers to offer his support for the need for additional spending measures, which he generally provided.

For example, in response to questions about providing more assistance to unemployed workers, particularly in industries such as entertainment, travel and hospitality, Mr. Powell said, “Some form of support for those people going forward, in my view, is likely to be appropriate.”

Later, pressed by Democrats over concerns that state revenue losses would force budget cuts that push states and municipalities to lay off workers, Mr. Powell said, “That’s an area worth some attention.”

Mr. Powell also said additional spending on steps to suppress the spread of the virus, including testing, contact tracing, and other confidence-inducing health measures, would offer very high returns.

He said little about the Fed’s latest discussions about how central bank officials will structure more support if the economy weakens further or if the recovery requires more stimulus.

Officials last week signaled they expected to hold rates near zero at least through 2022. Mr. Powell said the central bank wasn’t close to thinking about raising rates or how to shrink its asset portfolio that has nearly doubled over the past year, to around $7.2 trillion.

Officials reviewed the strategy of capping yields on certain Treasury securities by pledging to buy them in whatever amounts are needed at their policy meeting last week.

Mr. Powell said the Fed hadn’t made any decisions about whether to employ yield caps. “If rates were to move up a lot and for whatever reason, and we wanted to keep them low to keep monetary policy accommodative, we might think about using it,” he said. “It’s sort of an early stage thing we’re evaluating.”

Write to Nick Timiraos at nick.timiraos@wsj.com