If you’re a retiree who bought bonds to stabilize your portfolio, the recent surge in rates has been unsettling. You likely already have been hit with losses, and more are coming if interest rates keep rising as prices and yield move oppositely.

The easiest way to protect yourself is to put your money in short-term bonds less affected by swings in interest rates. Cash is even safer. The problem is that such investments pay little or no interest currently and will drag down the performance of your portfolio over time. 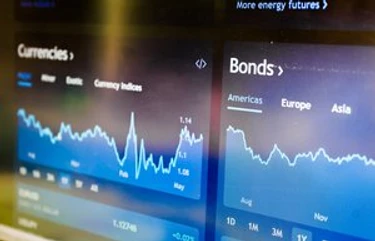 Figuring out which bonds to own is particularly important for retirees who have already started spending their savings. If they suffer a big loss and have to sell depleted assets, their portfolio may never fully recover. While bonds are less volatile than stocks, the Vanguard Long-Term Treasury Index Fund (VLGSX) is down more than 12% to date. That’s a big loss for the supposedly safe part of their portfolio.

So where to turn? Barron’s talked to bond fund managers, market researchers, and financial advisors about when it makes sense to go long for your bond investments and when it makes sense to stay short. The rise in rates has steepened the yield curve. That makes intermediate-term bonds a more attractive investment without all the risks of long-term bonds, our experts told us. In addition, people with brokerage accounts may want to consider higher-yielding bond alternatives like fixed-rate annuities from insurers or savings accounts from online banks, which tend to yield more than brick-and-mortar banks.

Despite the recent surge in interest rates—the yield on the 10-year Treasury bond has shot up more than a point since August—nobody can say where they’re heading now. Some fear that the economy will overheat with all fiscal stimulus from the federal government, and that rates are likely to climb a lot more. Others say any uptick in inflation or interest rates is likely to be brief as the Federal Reserve remains committed to keeping rates low to ensure the economy has recovered from the pandemic.

Mark Kiesel, chief investment officer global credit for bond giant Pimco, is among those who believe that inflation isn’t going to take off and that the rise in interest rates is mostly over. He adds: “You’re looking at a longer-term environment where inflation will be contained around 2%. In that environment, bonds could look interesting.”

If you own bonds or are pondering buying them, here are key takeaways:
Measuring interest-rate risk: When you buy a bond fund, bond ETF, or individual bond, pay attention to its duration. That reflects how sensitive it is to interest rates changes. If interest rates rise by 1%, the value of a bond should drop by 1% for each year of duration.

Longer bonds, because more of their cash flow is far out in the future, are more affected by interest rate drops. The Vanguard Long-Term Treasury Index fund has dropped sharply this year because it has an average duration of 18 years. This fund has a yield of 2.22%, meaning it could take years for it to recover its losses this year.

“Four to five years has traditionally been the sweet spot on the curve,” says Swedroe, who wrote the book The Only Guide to a Winning Bond Strategy You’ll Ever Need.

Rolling down the yield curve: As a bond owner, it’s important to look not just at the level of rates but also their relationship to each other. A year ago, the yield curve was flat, meaning that longer-term bonds didn’t pay much more than shorter-term instruments. But over the past year, yields on longer- and intermediate-term bonds have climbed sharply while those on shorter instruments have barely budged.

This steeper curve makes it more attractive to hold bonds because of something called rate rolldown. In an upward yield curve like today, bonds naturally pick up value as they age. Currently, five-year Treasuries yield 0.97% and three-year Treasuries yield 0.39%. If you buy that five-year Treasury and sell it two years hence, and rates stay the same, you’ll get a hefty premium on top of the interest you’ll collect. That’s because it is now a three-year Treasury but pays more interest than newly minted three-year Treasuries. The market equalizes this by increasing the price of your bond until the yields are equivalent.
The reality is that interest rates will change during the next two years. But with a steep yield curve, as long as they don’t rise as high as the yield curve is signaling, you’ll be better off buying longer bonds.

Dimensional Fund Advisors, which uses techniques pioneered by economist Eugene Fama, analyzes yield curves around the world and buys bonds in the steepest portions to enhance its returns.

Ordinary investors aren’t going to do that sort of analysis. But they will still see their bond returns improved by steeper yield curves if interest rates don’t shoot up.

Don’t forget why you bought bonds in the first place: In an era when rates are low, the temptation is to venture into riskier investments like high-yield bonds to get better returns. If you own bonds to stabilize your portfolio, resist it.

“We view fixed-income in the portfolio as ballast before anything else,” says Scott Keller, director of investment management at Truepoint Wealth Counsel, a Cincinnati financial advisor. “It’s not about maximizing income.”

Lower-quality corporate bonds perform more like equity, rising and falling sharply with the economy, or with the prospects of particular companies. That means when your stocks get hammered, these issues are likely to tumble instead of stabilizing your portfolio.

Bond managers study credit curves just as they study yield curves. When there’s a premium for investing in riskier bonds, they go out further on the credit curve, taking on riskier issues
That’s not happening now. Credit spreads have tightened since last summer as the economy improved. Rob Galusza, who manages short- to intermediate-term diversified bond funds for Fidelity Investments, says he has become more selective in which corporate issues he buys.
“We generally become more defensive when spreads are tight,” he says.