Retirement And Investing Lessons From My Grandfather

It is said that the Americans who stormed the beaches of Normandy and saved the world from the ultimate evil are members of the “Greatest Generation.” I believe the name can also apply to the many people who lived through World War II in Europe and moved to the United States to create a new life. Those immigrants typically came with no family, having lost many during the war, minimal understanding of English, and nothing but the clothes on their back. 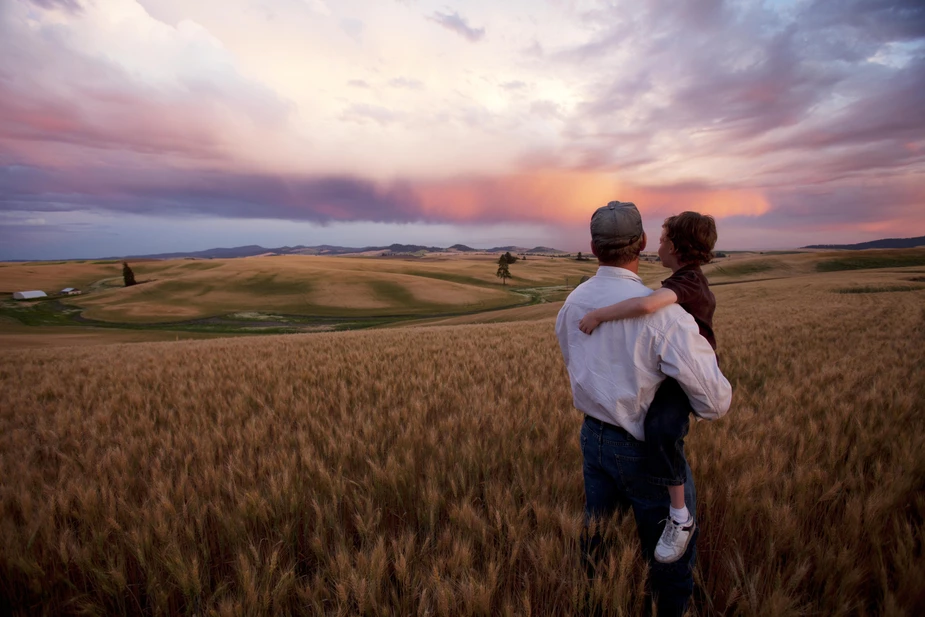 My grandfather, Sam Blumenfeld, who passed away earlier this year at the age of 98, was part of this latter group. He came to New York City in 1947 after experiencing the atrocities of the Holocaust and seeing many friends and family members murdered at the hands of the Nazis. He didn’t complete his schooling or master any trade since the war interrupted his studies. Yet, in the United States he managed to have a family, start a small business, become an active member of his community, and enjoy a more than 30-year retirement.
He was also my first client when entering the wealth management industry after college. Little did he know that he taught me much more about investing and retirement planning than the training program at a major Wall Street bank early in my career. The money lessons I learned from him were based on nearly a century of experiences. Below are just a few personal finance tips I learned from my grandfather over the course of our professional relationship.

Purpose oriented investing: Many folks start investing without clear goals. Sometimes they get into the stock market for a little excitement or because it seems like the responsible thing to do. My grandfather invested with the direct purpose of meeting his cash flow needs and leaving an inheritance for his family. This laser focused approach was helpful in tuning out noise. He never bought in to the latest investment fad and he didn’t trade frequently trying to outpace an arbitrary index or his friends’ alleged performance. He didn’t get caught up on relative performance since his sole benchmark for success was his ability to achieve his own objectives. That is why he was able to retire on a modest sum of money that managed to support his lifestyle for over three decades in retirement

My grandfather was also clearly ahead of his time, implementing a “values-based approach” to investing before it was popular. He refused to invest in certain European stocks because of his experiences during the war. Proper portfolio diversification is necessary to achieve better risk adjusted returns, but performance became secondary as he would not violate his personal beliefs. The same concept is popular today with the focus on environmental, social, and governance related issues, as well as religious or values-based investing.

Money is a tool, not a scorecard: My grandfather once told me “I’ve been fortunate that I never had to worry about money. If I needed something, I bought it. If I wanted to go on vacation, I went. If family needed money, I was able to give it to them.” Since he was objectively not a rich man, his musing recalled the phrase from Pirkei Avot, a compilation of Jewish ethical teachings, which states “Who is rich? He who is happy with his lot.” In short, he lived within his means and was very satisfied with what he had.

Most of my grandfather’s happiness was derived from being able to spend time with his family. I remember, even as a young boy, my grandparents came to visit every Wednesday after school. They played with me and my brothers, joined us for dinner, and then went home. Later in life, when I began my professional career, I asked him why he would take off from work every Wednesday afternoon to visit. It meant closing his store early and, undoubtedly, cost him revenue. His response was just two words: “Why not?”

For some people, money serves as a scorecard where the more you accumulate, the better off you are. For my grandfather, money allowed him to pay his bills and gave him the flexibility to spend time on the things he enjoyed most. If money isn’t a concern in your life and you can spend your time as you want, that is the ultimate blessing.

The power of optimism: The 2008-2009 Great Financial Crisis was one of the best learning experiences of my career. It taught me about risk, reward, human behavior, and the importance of establishing a systematic, rules-based approach to investing. It was during that time that I also learned an incredible lesson from my grandfather. While many people were panicking as they watched their portfolios fall dramatically in value, I distinctly remember how excited my grandfather got at the low prices of some of his favorite blue-chip stocks. During one conversation I remember saying “Zeidy, the market is crashing. Maybe we should keep more cash available in your account.” He said that approach was silly and insisted on buying more stocks because good companies were trading at a fraction of what they were just a few months earlier.

His optimism paid off. The crisis eventually got under control and the market went on to experience one of the longest bull markets in history. Buying the dip was a successful strategy again this year. When it comes to investing, it’s important to be realistic but even more important to be optimistic. As long as you believe in human ingenuity, entrepreneurship, capitalism, and the power of market forces, you can build a meaningful level of wealth in the market over the long run.

Proactively downsizing: After my grandfather retired, he and my grandmother sold their house and moved to a smaller house in a nearby community. Many retirees hesitate when it comes to downsizing. They stay in their current home too long, oftentimes resulting in selling their home later under less favorable or more challenging circumstances. Downsizing sooner can help simplify your life by offloading the burden of maintaining a larger home, minimizing expenses, and moving into a residence that is more conducive to aging.

Another important aspect of downsizing is getting rid of your stuff. My grandfather never really accumulated many things, but whatever he did have he tried to give away to family or donate to charity during his lifetime. Giving away your things while you are alive can provide a tremendous sense of fulfillment and will relieve your heirs of the burden of sorting through your stuff upon your death.

A fulfilling retirement: My grandfather had a small business selling and installing draperies. He told me that he stopped working when he no longer had the patience to deal with vendors or difficult customers. In truth, he was gearing up for his retirement years in advance. He developed a routine of community involvement, attending lectures, religious study, and visiting family. This daily schedule stayed the same for most of his retirement years.

He also continued to stay curious and well informed, regularly discussing his new stock ideas with me and reading the daily newspaper cover to cover until failing eyesight made him switch to watching cable news at a very high volume. After my grandmother passed away, my grandfather even got a roommate, a graduate student 65 years his junior. During off hours, they had meals and conversations together, which helped him stay “with it” even as an octogenarian and nonagenarian.

I always tell clients that it is essential to retire to something and not from something. The individuals with the most fulfilling retirements maintain a strong social network, a way to stay mentally sharp, and the ability to keep their days structured. My grandfather managed to achieve all three.

A framework for giving: Philanthropy is a big focus for some retirees upon reaching a certain age. My grandfather gave throughout his life, always following his personal framework to prioritize his giving. He created a hierarchy of recipients with his first focus on taking care of his family, then his local community, followed by specific causes that he felt passionate about, and lastly any solicitation that came that piqued his interest. While there is no shortage of good causes to support with your hard-earned dollars, it’s imperative to develop a systematic approach to giving away your money so your charity dollars are most impactful and meaningful to you.

Learning from mistakes: It’s axiomatic that a sound investing process minimizes one’s mistakes. However, nothing is foolproof. The important thing to remember, when errors are made, is that one can learn as much from their mistakes as their successes. My grandfather definitely didn’t get everything right when it came to his personal finances. Sometimes he chased high yielding stocks or blue-chip companies that were financially struggling. Many of his investing errors took place earlier in his investing career when he could afford to make them. As he got on in years, the lessons that had been learned resulted in fewer missteps.

My grandfather also should have been a bit more explicit on how he wanted certain things handled after his passing. I believe that one of the main reasons he didn’t do enough planning was because of his optimism and faith that things will work out. Things did work out and, as noted above, I extoll the virtue of investing like an optimist. However, when it comes to personal finances, it’s also important to plan like a cynic. This balanced approach helps prepare families for whatever scenario may present.

Leaving a legacy: When it comes to leaving a legacy, people often focus on the financial aspects of proper planning. However, I would argue that a legacy is not only about the transmission of wealth, but also about the transmission of values. Certain values are passed to your family by modeling behaviors, the way one leads their everyday life and how they spend their time.

In addition to watching my grandfather prioritize his family, faith, and community, I witnessed his ability to fully live in the moment. He was able to thoroughly enjoy watching his great-grandchildren play in the backyard, chatting with friends at synagogue, or spending a weekend together with his family. His enjoyment and happiness during all these seemingly mundane moments was palpable.

In the age of 24/7 connectivity, it’s easy to lose sight of the here and now. There is always something else that demands your attention. Unfortunately, living for tomorrow causes folks to miss out on some of the best that life has to offer today. When I notice myself reaching for my iPhone, instead of appreciating what is happening around me, I remind myself to live in the moment just like my grandfather would have. This is perhaps my grandfather’s greatest legacy, the one that will allow me to live my life to the fullest.

The underlying theme of the aforementioned lessons is that some of the most important retirement guidance cannot be determined within the confines of a spreadsheet or financial planning software. My grandfather understood this instinctively and imparted that wisdom to me. I continue to share that same timeless advice with my clients today.

By Jonathan I. Shenkman, Contributor