Retirement: The End Or A New Beginning?

As an “accidental” retirement lifestyle expert, I talk with many people worldwide and participate in many retirement forums. Typically these groups are uplifting and inspiring, but now and then, someone will innocently quip, “now that we are in our final chapter.” Or worse, “now that we are in the final stage of life, all I want to do is …” as if our first act after retiring should be getting fitted for a casket. 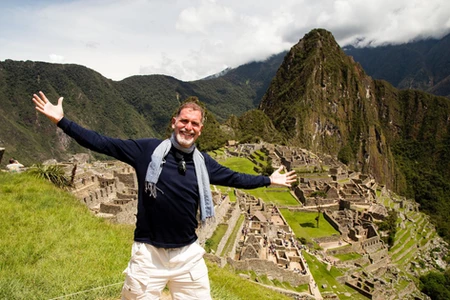 Things have changed, and we need to adapt to the new reality. According to the Social Security Administration, in 1930, when Social Security was created in the United States, the retirement age was 65. Then, life expectancy was only 58 for men and 62 for women. Now, with life expectancy in the United States being around 80, and even higher in some countries, it is time we quit looking at retirement as a final anything and start finding opportunities for those extra years.

It is true if you want to look at things like a pessimist, from the minute we are born, our remaining years are getting shorter. But to brand some random time, in this case, the time when we can finally live a life without the worry of making a living as “the last chapter,” overlooks what is, for many, the most productive and fulfilling times of our lives.
W. Clement Stone, the American businessman, and philanthropist, who lived to be over 100 years old, said, “There is little difference in people, but that little difference makes a big difference. The little difference is attitude. The big difference is whether it is positive or negative.”

Generally, the retirees that I meet while I live a life of travel are among the most optimistic people I know. They are out here, living their dreams and do not allow society’s or other people’s expectations to pigeonhole them into a life that doesn’t interest them. They prefer to be starting new ventures, exploring new places, or charging up mountains rather than settling into a passive lifestyle.

One of my favorite examples is my friend Mac Maness. One morning in October 2010, Mac was at a crossroads. At the age of 65, he retired from his career as an accountant and instructor of primitive living skills in North Carolina but hadn’t quite figured out what he wanted to do with his newfound freedom. Always open to new ideas and serendipity, Mac didn’t think much about it when over his morning coffee, a clue in a crossword puzzle asked, “a country with only three letters.” After finishing his puzzle, his interest was drawn to the television and a segment on NBC’s “Today Show” about a Southeast Asian country known as “The Land of A Million Elephants.” Later that day, Mac watched “The Travel Channel” and came upon an episode of the show “No Reservations,” where host Anthony Bourdain traveled in a tiny, landlocked country wedged between Thailand and Vietnam.

Knowing little about Laos, but his curiosity piqued, Mac talked a photojournalist friend of his into flying with him to the Laotian capital, Vientiane, to have a look around. In Mac’s words, “Within 15 minutes after leaving the airport, I knew I had found the most friendly, humble, loving people, with simple wants and needs. Basically, the absence of drama.” Inexplicably, (to me) it was the Chicken/Mayonnaise pizza on the menu at a local restaurant that made him know on his first day there, that cemented Laos as the place he wanted to live.

Within two days of landing, Mac had found a way to use his primitive living skills and began volunteering with a charity that provides water filters to people living in poor, remote villages. After helping provide countless people with clean water, he noticed that people were still getting sick with deadly bacteria because they had no soap for sanitation. To make a long story short, Mac then founded the charity Soap4Life.org which empowers women by teaching them the skill of soapmaking and setting up their own small businesses.

Mac didn’t retire and move halfway across the world to start a charity in a developing country because it would be comfortable or easy. He did because he knew he could make a difference in people’s lives, and it would be fulfilling for him as well. Almost ten years later, Mac’s efforts have resulted in nearly 500,000 bars of soap being distributed to at-risk villages throughout Laos. I don’t think it is an exaggeration to say; he has saved many lives.

Another example is the famous chef, Julia Child. Upon graduation from Smith College in 1932 with a degree in history, Julia began her working life as a copywriter for a major furniture store in New York City. Keen to help with her country’s efforts in World War II, in 1939, she started work as a research assistant for the OSS (the forerunner of the CIA) and set out into the world looking for adventure.

Although she had a lifelong passion for cooking, her book, Mastering the Art of French Cooking, Volume One, was not published until after she retired from government service at the age of 49. The French Chef, the television show that introduced her vibrant personality to the world, did not debut until she was 51 years old. Even though she was technically retired, she continued to pursue her passion for food for the rest of her saying, “In this line of work … you keep right on till you’re through … Retired people are boring.”

When I retired, I saw it as an opportunity for another beginning. I enjoyed my career as an air traffic controller, but the job’s stationary aspect didn’t allow me to pursue my passions for slow travel, writing, and photography. Many of the people I knew, some of them nearing retirement age and hoping to slow down and spend most of their time puttering around their house, thought I was crazy when I sold everything and left to have my adventures around the world.

But, after 50 years of living a relatively typical American middle-class life, I wanted to know the world better, push myself to try new things, grow my boundaries and see what is over the horizon. Now, after almost ten years of traveling the world, my love has not faded.

Being engaged and challenging myself to overcome my fears and learn new things has inspired me to reach other goals. I have always admired people who are comfortable before an audience, and next year, I will push myself to accept some of the public speaking engagements that I get offered. Honestly, that scares me more than most other things I have done, but I know a little discomfort is necessary for growth, and I feel like I am just getting started.

No longer needing to work is not an ending, and if done right, it can be a new beginning. Retirement is an opportunity to take new paths, begin new projects, or fulfill your dreams. If your only goal in retirement in life is comfort and convenience, then yes, maybe it is a final chapter. But, if you are looking for more, retirement is one of life’s most incredible opportunities for new beginnings.