If you’re on the cusp of retirement or have just stopped working, it’s hard to tune out the stock market’s recent gyrations.
Most investors who are still saving can safely ignore the headlines, turn off the television and go on with their lives.
New retirees may feel they’re in a more precarious position. 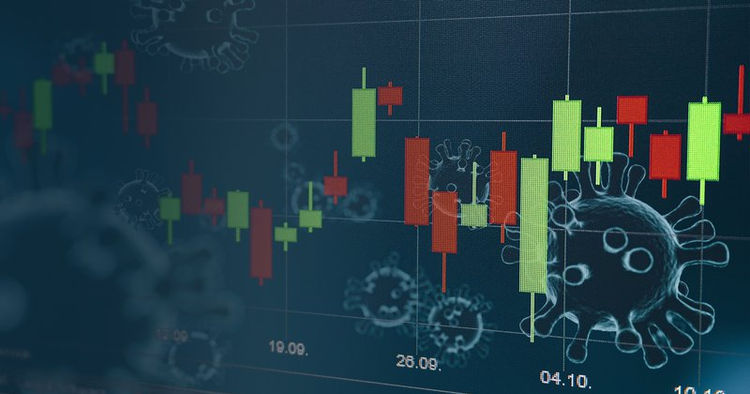 But maintaining a healthy dose of stocks still provides the best chance they won’t run out of money over what could be a three-decade period.

If your money is evenly split among stocks and bonds — which is often the case for retired people — then it already has a built-in cushion: The stock market has plunged 12% from its high in mid-February, but many funds tailored for retirees are down less than half that, or roughly 4%. That shouldn’t set off any alarm bells or prompt any rash moves.

That’s not to say timing doesn’t matter. It does — and big losses now are the hardest to overcome for people who are in the early stages of their retirement.

During the financial crisis of 2008 and 2009, the stock market lost roughly half its value from peak to trough. For many retirees with investments evenly balanced among stocks and bonds, that translated into a loss of more than 25% over that period. That kind of drop — or even a less dramatic one — may require some retirees, particularly those early in retirement, to make certain adjustments.

Here’s why: When the market delivers a punch just as you need to start withdrawing money, you’re forced to sell when your investments are down, locking in losses. Selling when your investments are down also eliminates any chance that you will benefit when the market recovers. And you’ll need to sell more shares to come up with the same amount of money you took out before the market dropped, which only accelerates a portfolio’s depletion.

“The first couple of years of retirement, those are the years where we don’t really want to suffer tremendous losses that we have to sell out of,” said Jamie Hopkins, director of retirement research at Carson Group, a wealth management firm in Omaha, Nebraska. “That is your biggest risk period, from an investment standpoint, when you should probably have the most conservative portfolio.”

Many — but not all — investors hew to that advice, particularly those in target-date funds, whose mix of investments gradually become more conservative as you approach a specific date. Many of the major target-date funds tailored for people retiring in 2020, for example, have roughly 50% to 55% of their investments in stock funds. They generally move further away from stocks as you age.

But some retirement experts have found that an even more conservative mixture at retirement may be ideal. What they suggest next is counterintuitive but underscores the long game that is the stock market: Instead of maintaining that lower allocation to stocks, they suggest you gradually increase it as you age.

A study from 2013 found that portfolios that started with about 20% to 40% in stocks at retirement, then gradually increased to about 50% or 60%, lasted longer than those with static mixes or those that shed stocks over time. The analysis was conducted by retirement experts Wade Pfau, professor of retirement income at the American College of Financial Services, and Michael Kitces.

Certainly, such a strategy could backfire, especially if you have trouble sticking with it. But becoming too conservative introduces another set of risks: Maybe the money won’t last as long as you do, or it won’t grow enough to offset inflation. For Americans who are 65 now, the average life expectancy is 84.4 years, according to the Centers for Disease Control and Prevention. There’s also a strong chance those Americans will live into their 90s. That longevity calls for a decent helping of stocks.

If you haven’t retired yet, there are some simple ways to give your portfolio some breathing room. Working a little longer, even part time, is effective when that’s possible. And if you’re able to postpone collecting Social Security or Old Age Benefits that’s another way to guarantee a higher paycheck in retirement over the long run.

If you recently retired, what’s your next best step? First, consider what your portfolio mix looks like now; the recent market mayhem may have brought your overall asset allocation to a more conservative place, and maybe it makes sense to maintain that for now. If you have a significant chunk of cash or another source of income outside your portfolio, experts suggest tapping that money in times of market turbulence instead of selling stocks.

“A really simple rule that I found works quite well and does just as well as more complicated rules is that you just look at your portfolio balance on the date you retired,” said Pfau of the American College, which trains financial professionals. “Whenever the current balance is less than that number, draw from the buffer asset. Otherwise, you withdraw from your portfolio. This is simple and works well.”

Besides cash, investors with a whole life insurance policy — which typically includes a cash savings component that can be tapped — can potentially borrow from that pot of money, he said. (It is later repaid by being deducted when the death benefit is paid out.)

And Hopkins suggested first selling your safe assets — bond funds — even if that feels counterintuitive.

There are other adjustments you can make. The most obvious one plays into our base instincts: Spend less during market downturns and spend a bit more when the market is doing well. The traditional 4% rule remains a solid place to start — that’s when retirees withdraw 4% of their initial portfolio balance and then adjust that first withdrawal upward each subsequent year for inflation. One strategy is to skip the inflation adjustment and keep your spending steady for a while.

“If you have some flexibility with your spending, just being able to cut a little bit can go a long way to help improve how long your portfolio will stick around for,” Pfau added.

But if thinking about all of this causes too much anxiety, it may be worth considering whether an insurance product, like an annuity, can take some of the pressure off.

Annuities come in a variety of flavors, but some of them can be incredibly complex, expensive and even deceptive — and they’re often sold by brokers who aren’t necessarily acting in your best interest. There are cheaper, more straightforward products, however — including single-premium immediate annuities. You pay an insurance company a pile of cash, and in return the company sends you a stream of income for the rest of your life. Or you can buy an income stream for a set period — say, 10 years.

Experts suggest figuring out what your fixed costs are — housing, food, taxes, other basics — and then buying enough of an income stream to cover the portion of expenses that government pensions do not. One downside: Since interest rates are low, the amount that annuities pay out right now are also low, roughly 5% of your investment. For a 65-year-old married man and woman, it would cost $200,000 to receive a monthly paycheck of $858 that would last both of their lives (and heirs receive nothing after both people die), according to a quote on ImmediateAnnuities.com.

That may not sound appealing. But David Blanchett, head of retirement research at Morningstar, suggested considering how much of an emotional burden an annuity could lift. “How is this affecting your happiness?” Blanchett said. “What kind of behavioral cost are you incurring? You can get rid of that if you delay government pensions or buy an annuity.”

And if you haven’t already considered paying for a dispassionate analysis of where you stand, now may be that time. But you need to be careful here, too. Find a certified financial planner – in times of uncertainty, some extra hand-holding could save you from a costly mistake.