Single and Planning for Retirement? Here Are 4 Key Things to Do.

Retirement-planning stories tend to look through the lens of a two-person household, making certain assumptions about everything from income and insurance needs to estate planning as if every saver were part of a couple. This story is aimed at single retirement savers.

Without the buffer of another person contributing to household finances for this life stage, people who were never married, 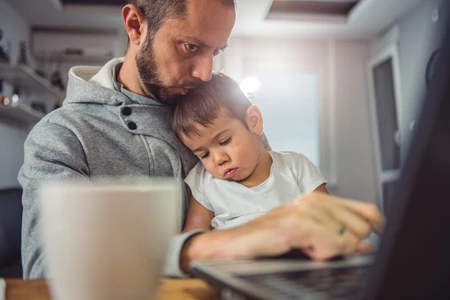 or are widowed or divorced, need to be vigilant. Planning is not as simple as taking the advice for a two-person household and halving it.

“[E]very time a strong, single, independent person comes into my office, I already know that they have a higher hill to climb than the couples that walk through those same doors,” says Craig Bolanos, a wealth manager.

Retirement planning for singles might be tougher than for a couple, but financial advisors say it can be made easier if singles prioritize a few actions to protect themselves.

David Schneider, a wealth manager, says protecting income should be paramount for singles. That means having disability insurance. “Your biggest asset might be your ability to earn an income, and if you’re on your own, protecting that ability is super important,” he says, noting that disability insurance can be eliminated in retirement.

Bolanos calls disability insurance mandatory for his single clients; the second must-have is an emergency fund. Full-time employees with benefits should have three months of expenses and gig-economy workers need six months of expenses in a cash-type account, he says. After that, capital can be invested elsewhere.

Invest in Your Future

Both Bolanos and Nancy Tengler, chief investment officer of Laffer Tengler Investments, notice singles tend to be more conservative with their investment mix, which can limit how their money can work for them in the long term.

Bolanos says single people tend to conservative investors by nature because they know there is no partner to help them out if things go wrong. “It’s just part of human nature,” he says.

Tengler says singles need to have the funds to take care of themselves in retirement, and recommends having a healthy exposure to equities, focusing on high-quality companies to reduce risk. She says a reasonable starting point for a portfolio is 70% equities and 30% bonds. That’s higher than the typical moderate portfolio of 60%-40% stocks to bonds, but the yields in fixed income are currently too low to give the growth needed to stay ahead of inflation.

Paying down debt is a bigger priority for singles than couples because they’re on their own income-wise, and because debt can quickly get out of control. Tengler says it’s tempting to keep debt outstanding in the current low-interest-rate environment, but don’t do it. “Be very disciplined about if you have outstanding debt. Put yourself on a payment program and stick to it,” she says.

If a single person dies with debt and the estate has any assets, some of that money would pay back creditors.

Bolanos says in times of economic strain, having high debt can equal high monthly payments that “expose the fragility of one’s financial picture during times of job loss,” much as the coronavirus pandemic has caused.

Protection starts with the single person choosing someone who can make decisions for them. That person can be an adult child, a family member, or a trusted friend.

For the medical power of attorney, he says, single people need to decide what kind of power to give their health-care proxy. He recommends a “springing” power of attorney, which goes into effect when the person is declared incapacitated by two doctors. It covers both short-term and long-term health issues, he adds, and if the person recovers, the springing power of attorney is canceled. “It gives them only authority to act when you need it when you’re disabled,” he says.

Singles should make sure the health-care power of attorney document includes full waivers, which gives the proxy the power to make decisions under any government legislation and law, he adds.

Include that springing language in the financial power of attorney document, as this person will have the authority to make legal and financial decisions on your behalf, says Jody D’Agostini, an advisor. Without this document, a court would step in, which would delay accessing cash to pay bills and would lock up all of the person’s financial accounts.

For the financial power of attorney, try to choose someone who has a little financial acumen if possible. “It can be a heavy lift because the proxy is paying all the bills,” she says.

Also, make sure financial advisors, banks and other financial institutions have these documents. Simasko says he has run into trouble with banks refusing to accept copies.

Single people should also reach out to close friends or extended family when it comes to their plans for end-of-life decisions, says Morgan Tarr, director of advisory services at Delegate Advisors.

It’s never an easy conversation topic, but she recommends singles approach the talk with what she calls “a letter of wishes.” It gives the single person some ownership and a sense of peace, and it may reduce anxiety for friends and extended family. “Everyone knows that there is a plan in place,” she says.