Six Ways to Protect Your Money in 2023 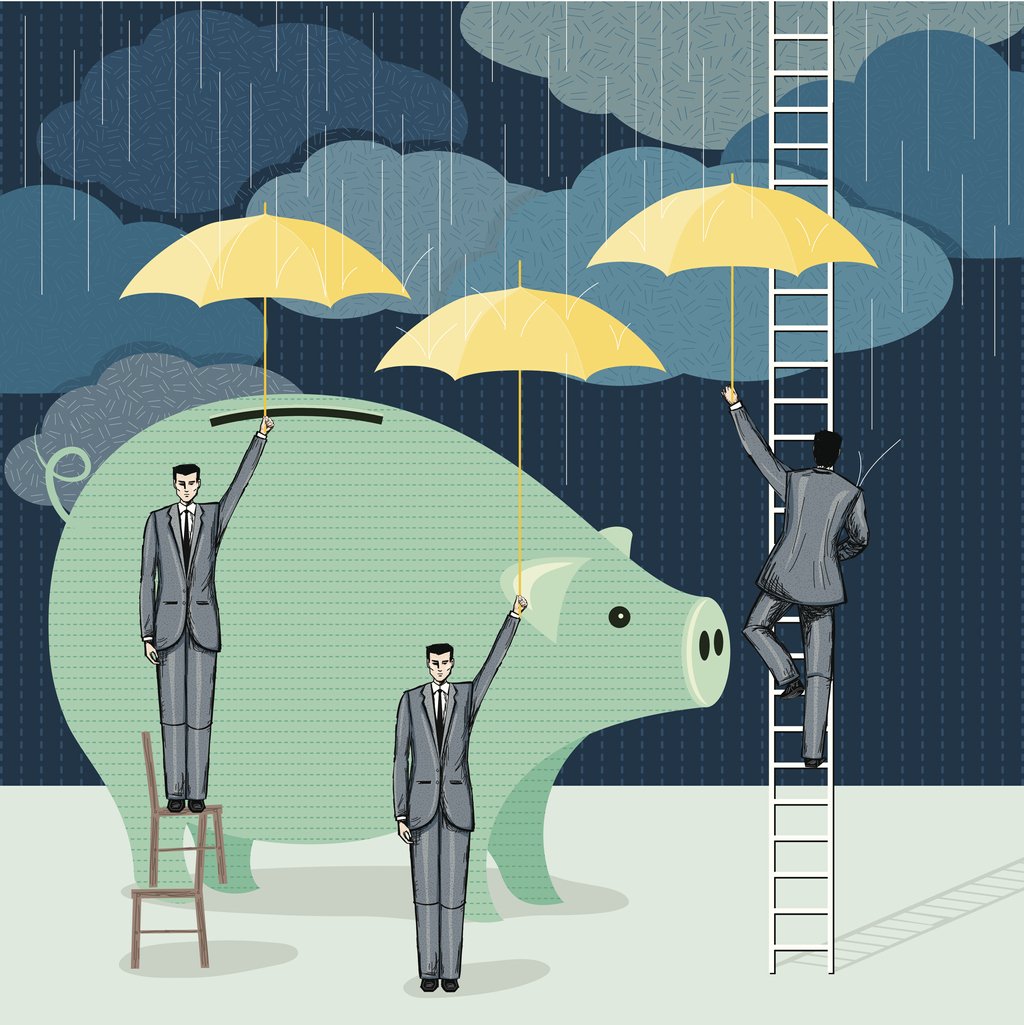 The highest inflation in four decades. A bear market in stocks. Fears of a recession. A crypto implosion.

The past year was a trying one for American households. It strained their budgets, reduced their spending power and clobbered their 401(k) balances. Despite a recent burst of positive news—moderating gas prices and a slowing pace of inflation—many believe the economy will be in worse shape in 2023 than it is now.

Whatever the next 12 months bring, there are some simple steps you can take now to prepare your finances for any further economic uncertainty.

Move cash to banking accounts that yield more in interest and charge less in fees. Cancel unused memberships and negotiate charges on those you keep. Review 401(k) contributions and allocations.

It might pay to act with urgency. Some financial benefits that could make a difference expire on New Year’s Eve. Here are six money moves to consider making before breaking out the bubbly:

Earn more on your savings

Keeping your cash in a typical savings account right now is only marginally better than stuffing it under a mattress. The average annual interest rate on savings accounts at all banks is 0.268%, according to the financial site DepositAccounts.com, meaning $1,000 in savings will yield barely enough to buy a slice of pizza.

Some of the lowest rates are at the biggest institutions. Customers of the five largest U.S. banks could have earned $42 billion more on their balances in the third quarter just by moving their cash to higher yielding accounts at other banks, by one estimate. Some online-only accounts, for example, pay rates around 4% and can be linked to an existing account for easy transfers.

The payoff involved in moving your cash away from the biggest banks is currently greater than at any point in the last decade, according to Ken Tumin, the founder of DepositAccounts, which is owned by the financial-services marketplace LendingTree.

True optimizers might appreciate MaxMyInterest, a service that, in exchange for a 0.08% annual fee on their holdings, monitors which banks offer the highest interest rates and allows customers to reallocate their cash accordingly on a regular basis.

For those willing to sacrifice some liquidity, one of the best risk-free returns right now comes from inflation-adjusted I Bonds, which currently pay out 6.89%, but must be held for at least a year. Americans can buy up to $10,000 of these U.S. government-backed savings bonds each calendar year, so those who want to max out their purchases should do so before January, says Mr. Tumin. The interest rate on these bonds is based on a calculation tied to the consumer-price index, one reason they became popular this year as inflation surged.

After I Bonds, Mr. Tumin suggests considering certificates of deposit or Treasury securities, some of which offer higher rates than those of the top online savings accounts; for instance, a six-month T-bill purchased Thursday would yield about 4.66% on an annualized basis. That said, temporarily tying up your money could mean missing out on better yields soon if the Federal Reserve continues to raise rates.

Finding a home for your cash that pays higher yields won’t make you rich, but it can give you some protection from inflation, says Gary Zimmerman, the CEO of MaxMyInterest. Even some of the best options have still been outpaced by inflation recently. “The real return on cash may be negative, but it would be even more negative if you’re complacent about where you keep your cash,” he says.

Banking changed dramatically over the last two decades, but chances are the institution you bank with hasn’t. Americans stick with the same primary checking and savings accounts for about 17 years on average, according to a Bankrate survey. That is longer than the average marriage.

It is worth regularly shopping around to make sure you’re still getting the best deal, says Greg McBride, chief financial analyst at Bankrate.com, particularly if you are paying any ATM or monthly maintenance fees. It is now easy to find a bank that offers those services free, he said, and the benefits could outweigh the inconvenience of switching institutions.

A customer who has more than $250,000, which is the maximum amount per depositor that is insured by the Federal Deposit Insurance Corp., may also benefit from switching to a brokerage that can offer more insurance coverage by partnering with multiple FDIC-regulated banks. One brokerage giant, Fidelity Investments, allows customers to hold up to $3 million in insured deposits in its cash management account through partnerships with 26 banks.

This time of year many Americans sign up for gym memberships as part of a resolution to lose a few pounds. It is also a good time to cancel unused memberships to shed a few bucks from your budget.

The average American spends more than $200 a month on subscription fees and underestimates the cost by roughly $130, according to a study by C+R Research earlier this year. Roughly three quarters of consumers say it is easy to forget about recurring charges and 42% admitted that they were still paying for a subscription they had forgotten about.

The monthly costs associated with streaming services, subscription boxes, gym memberships and mobile apps have all crept higher over the past year, according to data from Rocket Money, which operates a personal finance app that tracks spending. Subscription spending among Rocket Money members increased an average of 8.5% this year compared with 2021. Once you authorize a company to take recurring payments from your account, they can change the price without asking permission, making it easy to lose track of exactly how much you are spending.

This is a good moment to take stock in the recurring payments you may have forgotten, said Yahya Mokhtarzad, chief revenue officer at Rocket Money. “This year more than recent years, it is important to not just take stock of your finances but to really cut unneeded expenses and brace for what could be a tough 2023,” he said.

For all the recurring bills you cannot cancel, pick up the phone and negotiate.

Cable companies and wireless providers may be willing to lower your bill since it costs more to acquire a new customer than to keep an existing one, said Ted Rossman, a consumer-spending analyst at Bankrate.

Don’t be afraid to ask the company for your old rate back or to match a competitor’s price, he said. There is often an unadvertised retention discount to keep customers from canceling. You can also request any deals and discounts being offered to new customers, even if you’re a longtime subscriber, he said.

If you’re asking for a lower rate with a service provider such as your wireless company, be aware that you may be offered a promotional rate that increases significantly after an initial period expires, said Sophie Raseman, head of financial solutions at Brightside, a company that provides financial guidance to workers. Set a reminder to cancel or downgrade then, she said.

Another way to cut costs is to ask that certain fees be removed from your statement. These charges include line items on your phone, internet, or cable bill and may appear as “other fees.”

If your first attempt to negotiate isn’t successful, call again on a different day as you may have more success with a different customer-service representative, said Bruce McClary, senior vice president at National Foundation for Credit Counseling.

The standard advice for retirement plans is to let them run on autopilot and to resist the temptation to check your account and make changes when markets are down.

But at least once a year, it pays to log into your accounts and review your savings rate, investment mix and the types of tax-advantaged accounts you use. The S&P 500 stock index is down 19.8% this year through Dec. 22 and U.S. intermediate-term bond funds are down 12.3%; investors should rebalance if their asset allocation has strayed from their long-term targets.

“You should avoid checking too often, based on what the market did that day, but you need to check in periodically to make sure your choices are still aligned with your long-term retirement goals,” said Mike Shamrell, a vice president at Fidelity Investments.

As inflation strains budgets, some Americans have had to make temporary reductions in 401(k) savings. The good news: The impact of doing so—even for a few years—isn’t as big as you might think, provided you have a plan to catch up later.

For those able to save more, the higher contribution limits create an “unprecedented opportunity,” said Ed Slott, a certified public accountant and IRA specialist in Rockville Centre, N.Y.

Using some of each could pay off down the road. One advantage to putting some money into a Roth is that retirees can pull money out tax-free in years when dipping into a regular 401(k) would push them into a higher bracket.

Don’t wait until it is too late

It doesn’t pay to procrastinate. A number of important financial benefits that could improve the position of your household in 2023 expire on New Year’s Eve.

Make your financial gifts: Families can give gifts of up to $16,000 to an unlimited number of people without triggering estate or gift tax. That amount, known as the annual exclusion, jumps to $17,000 for 2023.

A special rule lets donors use five years worth of annual exclusion gifts at once to superfund 529 college savings plans, which let parents, grandparents and others invest money to be used for a beneficiary’s qualified education expenses. That works out to $80,000 per beneficiary account for 2022.

A separate rule lets individuals pay anyone’s qualified education expenses and medical bills without estate or gift tax consequences if they make payments directly to the school or medical provider.

Donors who give away more than $16,000 to anyone must report the gifts on a federal gift tax return, Form 709. Any excess amount counts toward the amount you can give during your lifetime, or at death, and be exempt from federal estate and gift taxes. That exemption is $12.06 million per person for 2022, and rises to $12.9 million for 2023.

Use your healthcare accounts: Many workers have bigger balances than usual in their workplace healthcare flexible-spending accounts, which allow employees to set aside pretax money from their paychecks to pay for medical expenses, because of special Covid-related FSA carry-over rules. Now they are facing a Dec. 31 deadline to use their money or forfeit it. Check your FSA balance and your plan’s spend down rules now.

Take your losses: This year’s painful selloff brings an opportunity for investors to harvest losses in their brokerage accounts. Taxpayers who sell investments, including crypto, at a loss through Dec. 31 can offset gains on winners and up to $3,000 of ordinary income on their 2022 tax return. Unused losses carry over to future years.

Make your required withdrawals: In most cases, taxpayers 72 and older must take annual required minimum distributions, or RMDs, from traditional individual retirement accounts and 401(k)s by Dec. 31 or face a penalty of 50% of the amount they should have withdrawn. One exception: Those who turned 72 this year can wait until April 1, 2023 to take their first RMD. Inherited IRAs, both traditional and Roth, have RMDs too, with special rules for IRAs inherited in 2020 or later. A bill nearing approval in Congress raises the RMD age to 73 in 2023 and 75 in 2033 and reduces the penalty for missed RMDs.

Because investor situations and objectives vary this information is not intended to indicate suitability for any individual investor.

This is for informational purposes only, does not represent legal or tax advice does not indicate suitability for any particular investor, and does not constitute an offer to purchase or sell investments.