The residential real-estate market is on its biggest tear since 2006, just before the housing bubble burst and set off a global recession. Yet in nearly every meaningful way, today’s market is the inverse of the previous boom. 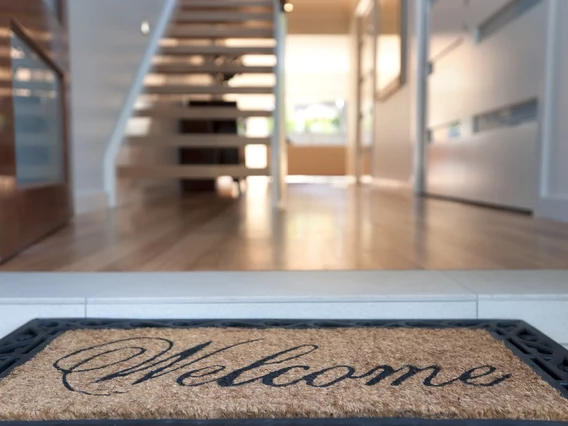 Anthony Lamacchia, a broker and owner of a real-estate company near Boston, entered the industry in 2004. Home buyers were trading up to bigger, more expensive houses after barely a year, he said. Many buyers paid small down payments, or none at all. When housing prices stopped rising, the market collapsed. By 2009, Mr. Lamacchia was working with clients desperate to dump the homes he had just helped them buy.

Now, he said, housing demand in the Boston suburbs is stronger than he has ever seen. Lamacchia Realty reached $1 billion in sales last year for the first time. Buyers have higher credit ratings these days. They are flusher and are putting down more cash up front.
“On $1 million purchases, people are putting down $500,000,” he said. “You didn’t see that before.”

In 2020, sales of previously owned U.S. homes surged to their highest level in 14 years, and many economists forecast sales to rise again this year.

In the mid-2000s, loose mortgage-lending standards enabled borrowers with poor credit histories to purchase homes beyond their means, sometimes with mortgages that required low payments in the early years of the loan. Too much new construction led to an oversupply of houses. Financial firms packaged these risky mortgages as securities and sold them to investors. When more homeowners started defaulting on their mortgages, lenders suffered large losses and the entire financial system froze up.

Many homeowners paid a big price. Between 2006 and 2014, about 9.3 million households went through foreclosure, gave up their home to a lender or sold in a distressed sale, according to a 2015 estimate from the National Association of Realtors.

The current housing boom is far more stable than the last one and poses fewer systemic risks, economists say. A downside: There are more barriers to entry, and it’s more difficult for buyers who aren’t already homeowners to make that first purchase.

Most real-estate analysts agree that the pandemic helped ignite the current boom as some urbanites looked to leave crowded cities like New York and San Francisco for cheaper cities or for more space in the suburbs while working from home. When lockdowns began lifting last year, home sales took off: June sales surged nearly 21% over the prior month, the biggest monthly increase on record going back to 1968. That milestone lasted only a month, when July sales rose almost 25% from June.

“Covid has catalyzed a rethinking of where we live, and why we live there, and where we work, and how we work,” said Rich Barton, chief executive of online real-estate company Zillow Group Inc.

Market watchers also say that a number of longer-term trends are at play that should keep the housing market hot, or at least steady, even after Covid-19-related demand fades.
Millennials, the largest living adult generation, continue to age into their prime homebuying years and plunk down savings for homes. At the same time, the market is critically undersupplied. New-home construction hasn’t kept up with household demand, and homeowners are holding on to their houses longer. Buyers are competing fiercely for a limited number of homes.

Mortgage lenders, meanwhile, are maintaining tight standards—buyers are drawn to the market by historically low interest rates, not by easy access to credit. Rising home values also mean that even if homeowners can’t afford their mortgage payments, they can likely sell their homes for a profit rather than face foreclosure. Financial firms are still packaging mortgages as securities, but the vast majority of those mortgages today have government backing.

The biggest winners in today’s boom are people who already own homes, who gained a collective $1.5 trillion in equity in 2020 from a year earlier, according to CoreLogic. They have also saved money by refinancing their mortgages at record low rates. Many have started renovation projects or bought vacation homes.

Real-estate brokers, home builders and mortgage lenders are also riding the wave. The S&P Homebuilders Select Industry index is up 96% over the past year, outpacing the S&P 500’s 59% gain. Between July and December, eight of the 30 largest U.S. mortgage lenders announced plans to go public.

Those trying to break into the market for the first time have rarely found it more difficult. U.S. house prices soared 10.8% in the fourth quarter from a year earlier on a seasonally adjusted basis, the biggest annual increase in data going back to 1992, according to the Federal Housing Finance Agency. The median home purchase price climbed above $300,000 last year for the first time. Nearly one in four home buyers between April and June bought houses priced at $500,000 or more.

Less-expensive homes became harder to find. Sales of homes priced at $250,000 and below declined in 2020 from a year earlier, according to NAR.
First-time home buyers are struggling to afford down payments. For many renters who lost jobs in 2020, homeownership is even further out of reach.

“Housing has become a luxury good,” said Glenn Kelman, chief executive of real-estate brokerage Redfin Corp. “The economy seems to have officially split in two. There is so much hardship in one part, and then there’s just an absolute mad dash to buy houses in the other part.” The homeownership rate stood at 65.8% in the fourth quarter of 2020, up from 63.7% in the fourth quarter of 2016, according to the U.S. Census Bureau.

Federal Reserve Chairman Jerome Powell said this month that the central bank will maintain ultralow interest rates until its employment and inflation goals have been met, which he said were “still a long way” away.

Some of the home sales in the past year were likely sales that would have happened in the next few years but were accelerated due to Covid-19, real-estate agents say. That could augur a slight slowdown in demand going forward. Some people who are currently working from home are also likely waiting for their companies to decide on future remote-work policies. They might opt to stay put if they are required to commute to the office daily in the future.

Economists also caution that the shortage of homes on the market could limit the number of sales this year. Spring is typically the busiest season for home sales, as families aim to move before the start of a new school year.

The housing markets in New York City and San Francisco, two of the country’s priciest areas, slumped last year as some residents moved away and the pace of people moving into those cities slowed. New York City home prices in January fell 3.1% from a year earlier, according to listings website StreetEasy’s price index. In San Francisco, the median sale price in January declined 1.9% from a year earlier, according to Redfin.

For now, the pandemic looks likely to keep housing demand strong. In Sacramento, Calif., an influx of buyers from the San Francisco Bay Area helped push up the median sales price 21.3% in January from a year earlier, according to the California Association of Realtors.

That buying interest helped Rachel Voss, an attorney, upgrade her living situation and remain in the city she has called home since 2003. Ms. Voss sold her house in November for $409,900, nearly $155,000 more than what she paid for it in 2008. Her new house, a three-bedroom south of downtown, has twice the space of the old one, and she bought it with a lower interest rate.

Firms lending on all these home purchases are thriving. One of those is run by Rick Arvielo, chief executive of the Orange County, Calif.-based mortgage lender New American Funding. During the previous housing boom, he wondered if he was blowing a big opportunity. Competitors were getting rich making subprime mortgages, and he considered getting into the business. His wife and co-founder, Patty Arvielo, refused.

Business slowed during the housing crash and the Arvielos didn’t take a paycheck from mid-2007 until early 2009, but their higher underwriting standards during the boom helped them survive.

In 2020, lenders had more demand than they could handle. Homeowners rushed to refinance at lower interest rates and buyers flocked to the market. Mortgage originations rose to a record high in the fourth quarter, according to the Federal Reserve Bank of New York. About seven out of every 10 of those mortgages went to borrowers with high credit scores above 760.

The refinance market has slowed in recent weeks as mortgage rates have ticked higher. So Mr. Arvielo said his business is pivoting to focus more on home purchases, especially for millennials and minority buyers. “That’s where you’re going to see a lot of the growth,” he said.

Unlike in the building boom of the mid-2000s, a deficit of homes for sale is playing a big role in the current spike in prices. New-home construction hasn’t kept up with demand in recent years, as builders took years to recover from the financial crisis and faced shortages of land and skilled labor. Those shortages and rising material costs continue to hinder builders as they increase production.

While housing starts rose in 2020, new-home construction per U.S. household in December was still more than 20% below its average level in the late 1990s, according to Jordan Rappaport, a senior economist at the Federal Reserve Bank of Kansas City.

Homebuying demand is so high that many builders are limiting the number of homes they sell at a time, to ensure they don’t sell more than they can build. They are also raising prices. The median new-home sales price was $346,400 in January, up 5.3% from a year earlier.
“It’s the hottest market I’ve ever seen,” said Sean Chandler, president of the central Texas division at home builder Chesmar Homes. “The buyers that come in are like, ‘I just want a home. I don’t care at this point what it costs.’ ”

Some economists say a decline in demand would be welcome as a way to slow house-price growth. Even with borrowing rates near 3% for a 30-year fixed-rate mortgage, much of the benefit to buyers is offset by rising home prices. In the fourth quarter, the typical monthly mortgage payment ticked upward to $1,040, from $1,020 a year earlier, NAR said, even though mortgage rates declined nearly a full percentage point.

Some first-time buyers are being priced out of the market or have been forced to stretch financially.

In Phoenix, which boasts some of the fastest home-price appreciation in the country, Pearl and Andrew Kleinhans saved for two years to buy their first home. But even with $200,000 saved for a down payment, they kept losing out last fall in bidding wars with cash buyers.

They wanted more space than the 1,200-square-foot rental apartment they shared with their 12-year-old son, two dogs and a cat, and they wanted to stay in the neighborhood where their son attends school.

“What can you do?” Ms. Kleinhans said. “It was a bit out of our price range, or what I intended to spend. But that’s just what you have to do in order to get your foot in the door.”

Write to Nicole Friedman at nicole.friedman@wsj.com