To Retire or to Return to Work? That’s the Question Many Are Asking Amid the Pandemic.

The coronavirus pandemic has not only pressured Americans’ retirement savings but it has also upended the very timing of retirement for many, accelerating financial decisions and forcing people to understand their options for income and health care. 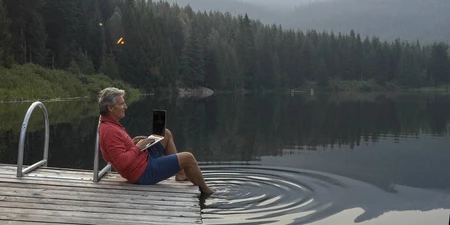 Among those leaving the workforce between January and April, 60% say they planned to retire rather than return, according to a report by the National Bureau of Economic Research.

“The onset of the Covid-19 crisis led to a wave of earlier than planned retirements,” the report said.

Having such a big life event happen sooner than expected requires a quick financial health check-up, including your income and expenses. Here are some tips to help navigate an unexpected retirement or choose whether to return to work.

If you’re of the age where you can withdraw funds from a qualified retirement account without penalty, the 4% rule may no longer apply. The rule of thumb, which says an investor can withdraw 4% of the balance in the first year of retirement and adjust that dollar amount for 2% inflation each year during a 30-year retirement, was built for an age when interest rates weren’t near historic lows and markets not clouded by a pandemic.

There’s no one-size-fits-all strategy for determining retirement savings and spending since factors such as health, risk tolerance, and longevity vary, experts say. But for those hit with unexpected early retirement, a more cautious, 3% withdrawal rate may be prudent, says Maria Bruno, head of U.S. wealth planning research at Vanguard Group.

A 2019 report from the Government Accountability Office said 48% of Americans ages 55 and older don’t have any retirement savings or a pension plan. And those who do have retirement savings don’t have enough—with those between 56 and 61 years old having an average of $163,577, according to the Economic Policy Institute. According to AARP, a rule of thumb says you’ll need 70% to 80% of your pre-retirement income once you retire.

It could be tempting to claim Social Security early, but experts typically suggest holding out as long as possible to maximize benefits. You can tap Social Security starting at 62, but the amount will be 30% less throughout retirement than if you had waited until full retirement age—which is 67 for those born 1960 or later.

Waiting even longer—until age 70—means your monthly payout would be 24% higher than if you start tapping benefits at full retirement age. For 2020, the Social Security Administration expects to pay a maximum benefit of $3,790 a month for those who delayed benefits until age 70.

“For people considering taking Social Security early, I suggest pausing,” Bruno says. “It may not be the best long-term decision” to leave all that extra money on the table.

One way to avoid claiming Social Security before maximum benefits is to retire only partially. “Retiring doesn’t have to be an all-or-nothing decision. Part-time work or consultancy—that can come in handy to bridge any financial gaps,” says Jill Hitchcock, senior executive vice president of the U.S. private client group of Fisher Investments.

If you decide to take Social Security before your full retirement benefits kick in, financial advisors say to earn only up to the limit for that year or penalties don’t make it worthwhile. In 2020, you can earn $18,240 and still collect Social Security. Earning more than that threshold, however, means you will have $1 withheld from your Social Security for every $2 earned above that limit.

Retiring early may equal the loss of employer-sponsored health insurance, assuming you had such a benefit. You can get an extension of your company’s health insurance through the federal Cobra law for typically 18 months. The catch, of course, is that the retiree must pay the entire cost of the health-insurance premium rather than just the portion usually paid as an employee. The cost can be substantial.

A retiree also may find private health insurance, such as under the Affordable Care Act’s federal exchanges. That would also be where to look when Cobra lapses and before Medicare eligibility kicks in at 65.

“Health care is the big elephant in the room until they’re Medicare eligible,” Bruno said. “Being on the open market for health insurance prior to Medicare means much more substantial costs.”

According to a Mercer-Vanguard research report, the premium cost of a typical bronze or silver plan on the federal exchanges at age 64 is about twice the cost of most Medicare coverage at age 65. For example, a silver plan on the marketplace would cost a 64-year-old $12,800 in premiums and out-of-pocket expenses.

Once 65, Medicare costs may be less but they’ll still be hefty. A typical 65-year-old woman, for example, was predicted to have $5,200 in annual health-care expenses in 2018, even with purchasing a Medicare supplement plan and a standard prescription plan, according to the research report from Mercer-Vanguard.

Still, even once someone qualifies for Medicare, many costs aren’t covered. Supplemental insurance and long-term care policies may be necessary to provide comfort against unexpected medical costs, said Jeffrey Herman, wealth planning strategist at JPMorgan Chase.

“Many people are living longer. The end of life and life expectancy has changed. You have to plan for that,” Herman said.

Write to us at retirement@barrons.com