What Gen Z Needs To Know About Estate Taxes

Despite the pandemic, many Gen Z’ers are graduating from college and setting their course for success. This is a generation of young people who know what they want out of life and have the financial literacy tools – from podcasts to online platforms – to save for retirement, maximize their savings and achieve their goals. 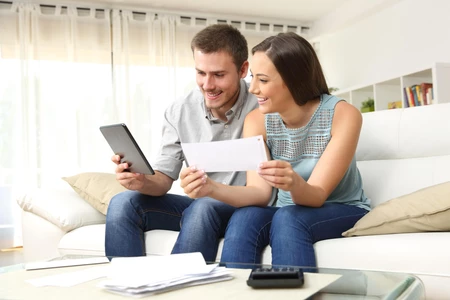 Once their 401K plan and IRAs are set up, many Gen Z’ers turn their focus to their parents’ financial planning. They want to make sure mom and dad have also maximized their tax savings so they can get the most out of their inheritance. Here is what this savvy generation needs to know about the estate tax.

The estate tax, also known as the death tax, is a completely different tax than income tax. Income tax is a yearly tax on your income earned during that year. The death tax is a one-time tax on a person’s assets after they die. It is due nine months after a person dies if certain monetary thresholds are met. There are two levels of estate taxation, the state level and the federal level. Let’s look at an example of how it works.

Janet and David are married and live in Massachusetts. Their assets total $6 million which includes their home in the suburbs, David’s large life insurance policy, and David’s interest in a family business. Janet and David also have parents who are still living and each stand to inherit a few million dollars when their parents die. Plus, Janet and David are still in asset accumulation mode so their assets will probably increase in value before they hit retirement age.

If David dies first and leaves all his assets to Janet, there is no estate tax due (although estate tax returns would need to be filed). That is because there is no estate tax due if you leave all your assets to your spouse. The government does not want your spouse to be a ward of the state. Your surviving spouse will have access to the funds to live on and then they will be taxed after both spouses die. That is great news for Janet as she loves to vacation and has a particular fondness for high-end cruises. However, it’s not so good news for their two Gen Z children. The estate taxes will need to be paid after both Janet and David have died and before the assets are distributed to the children. Mom and Dad get to live off the assets and then the kids pay the taxes.

The Massachusetts estate tax threshold is $1 million. If a Massachusetts resident dies with more than $1 million in assets, a tax will be due (unless you leave it all to your spouse or to charity). This tax can be minimized by trust planning if Janet and David each create trusts during their lives that will shelter the trust monies from estate taxes. They can also consider putting David’s large life insurance in an irrevocable trust which will keep the proceeds from being taxed if he dies three years or more after the policy is transferred to the irrevocable trust (due to a three-year lookback period). Proper trust planning is the nuts and bolts of estate tax savings.

Gifting does not sound like a good idea to David and Janet though. They like their lifestyle and could use that money on cruises and sporting events. A better option would be for David and Janet’s parents to start gifting programs since they are all near 90 years old and not spending as much as they used to. Janet’s mother, for example, has three children and six grandchildren so she could gift $135,000 a year with no tax consequences.

David and Janet also need to be aware of the federal estate tax. In 2021, that tax is imposed on estates with assets at or over $11,700,000. They are not too concerned with federal estate taxes now, but in 2026 the exemption amount drops to $5 million (adjust yearly for inflation). Also, Congress may look to drop that amount before 2026 and possibly to a lower amount such as $3,500,000. If that happens, estate tax planning becomes critical for Janet and David. While the Massachusetts tax rate can be as high as 16%, the federal estate tax rate is a whopping 40%.

In states like Washington State and Hawaii, estate tax rates can be as high as 20%. There are also multiple states like Massachusetts where estate taxes can hit 16%; these include New York, Minnesota, Oregon, Illinois, Rhode Island, Maryland, Vermont, and D.C. Others like Connecticut and Maine top out at 12% – still a hefty sum no matter how you slice it. Every state with estate taxes has a different exemption level, so make sure you consult with your family’s estate planning attorney before any decisions – or moves – are made.