What I’ve Learned About Investing in the Time of Coronavirus

This year has compressed market experience that usually takes a decade or more into five seemingly-endless months, providing a great opportunity to learn from both mistakes and successes.

Streetwise has made four big market calls this year, and they range from the catastrophic to the inspired. Looking back is a useful exercise to overcome selective memory, 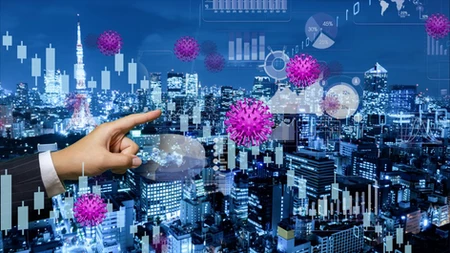 the tendency to remember one’s victories and gloss over the failures, and to apply the results to today’s investment decisions. Right now the lesson is to be ready for anything.

Call No. 1: In January, I was worried by the market’s valuation and concerned with the consensus that with bond yields so low there is no alternative to stocks, the “TINA” trade. But I overcame my own concerns, and to make it worse dismissed the early signs of the coronavirus impact in China. Score: 1/10

Call No. 2: The markets got the pandemic entirely wrong too, giving me time to revisit in February. At that point the risks of the coronavirus were becoming clearer, but markets were still confident that it would be only a repeat of the 2002 SARS epidemic—overconfident in my view. The fundamental uncertainties about the new virus were being ignored. Score: 8/10

Call No. 3: When markets reached the point of full-blown panic in March, I recognized as a true contrarian that when it made me feel physically sick to think about owning shares, it was time to buy. Sentiment is more important than fundamentals or valuation in the short term, and the pit of my stomach managed to pick what turned out to be the bottom of the market, at least so far. Score: 9/10, point deducted for outrageous good luck in timing.

Call No. 4: After stocks rocketed higher in April, my call was more nuanced: The bullish market wasn’t insane to disconnect from the economy, but it was time to consider taking profits on the “panic” trade because the structure of winners and losers in the market showed investors were again growing overconfident. Score: 7/10 (provisional)

The market switched from a defensive rally favoring lockdown winners such as technology and food staples to betting on a V-shaped recovery, with deeply-discounted value stocks, smaller companies and even cruise lines recovering fast. The telltale sign that the market had thrown caution to the wind was Norwegian Cruise Line Holdings jumping 64% from its intraday low to its high in four days. Since then the overall market is down a bit, while the V-shaped recovery idea has been abandoned and cruise stocks this week mostly sank back below where they were before their surge.

So where do we go from here? Looking back, my four big calls covered the four main issues investors should care about: valuation in January, fundamentals in February, sentiment in March and the pattern of winning and losing stocks in April.

Valuations are high in historical terms, but measured properly are cheaper than in the past couple of years—and even then are pushed up by a handful of huge companies expected to prosper from the pandemic.

On sentiment, the best opportunities are found amid complacency or panic, but my favorite measures are mixed. Newsletter writers surveyed by Investors Intelligence are almost back to their usual level of confidence, as are indicators from the options market. The survey by the American Association of Individual Investors shows far more bears than bulls, but bears are still nowhere near as dominant as at the 2009 low.

On fundamentals, investors are paying close attention to the medical evidence of Covid-19. They rip apart daily figures to analyze the chance of a second wave of infections and react immediately to tests of potential vaccines and cures. The market isn’t repeating its February complacency about the pandemic.

Finally, individual stock performance shows investors are discriminating between lockdown winners and losers, and aren’t expecting a rapid return to normal to rescue the worst-hit.
There are plenty of big threats still out there. I’m cautious about disagreeing with the market on any of them. Will the economy come back more quickly or slowly than the market thinks? Will the president’s anti-China rhetoric intensify the trade war more than investors already expect? Will the pandemic hammer another nail in the coffin of globalization, or can international trade be saved? Will politicians bring down the big disruptive tech stocks with more antitrust, privacy, labor and national security restrictions? Will central banks abandon inflation targets for political reasons? Will governments become addicted to the free spending policies they have adopted for the emergency?

Inevitably the market will be wrong on some of these, but for every piece of evidence one way there is a counterargument. For example, closed borders and the country-versus-country race to secure protective equipment and drugs are countered by the drive by much of the world outside the U.S. jointly to fund vaccine development and the International Monetary Fund’s massive lending programs, among other things. Deglobalization isn’t guaranteed.

The Wall Street analyst’s cop-out is to be “neutral” on a stock, but for now I’m not convinced enough either to bet on better or worse outcomes than the market expects. Given how tumultuous this year has been already, another massive shift on any of these issues will surely give us another opportunity soon to make a big call—and hopefully do better this time.

Write to James Mackintosh at James.Mackintosh@wsj.com