Which Schools Leave Parents With the Most College Loan Debt?

Poor and middle-income parents at hundreds of colleges have taken on substantial debt—amounts sometimes more than twice their annual income—to help their children through school, new federal figures show. 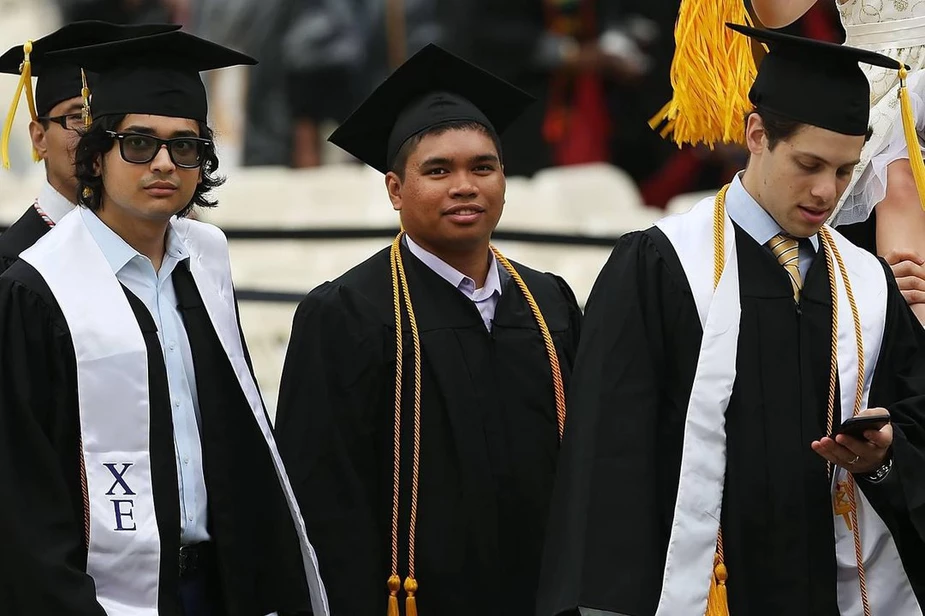 The schools with the largest parent debt burdens aren’t world-famous Ivy League schools, a Wall Street Journal analysis of the data found. Rather, they include art schools, historically Black colleges and small private colleges where parents are borrowing nearly six-figure amounts to fulfill their children’s college dreams, the analysis found.

For the first time, the U.S. Education Department, through its annual release of college financial data, provided information Wednesday on the level of debt parents took on through a federal college loan program called Parent Plus.

Previously, the department released information on debt levels of students at specific colleges and universities, but not the borrowing taken on by parents on a student’s behalf. The Parent Plus data “provides a more complete financial picture of how recent graduates have paid for their postsecondary education, especially if their parents took on debt to help them cover some or all of the costs,” the Education Department said in a statement Wednesday.

Parents of graduates from Spelman College, a historically Black school in Atlanta, borrowed a median $112,000—more than any other school in the country, the data show. About half of Spelman parents take out the loans through Parent Plus. Paying that back would cost more than $1,200 a month, the data show. In most states, that is about the cost of a home mortgage payment.

These numbers don’t include the loans the student took out individually. In many cases, parent loans dwarf what students can borrow through the federal government, which is capped at about $31,000 for dependent students.

Many of the borrowers are low-income. Spelman parents whose children received Pell grants—typically reserved for poor students—took out a median $84,000 through the parent loan program.

In a statement, Spelman President Mary Schmidt Campbell said the school has been working to address the debt load its students and their parents take on, even though the tuition is modest compared with some other private universities. “We recognized how crippling loans can be for our families,” she said. “As a result of this reckoning, three years ago, the college began an aggressive campaign to close that unfunded gap and reduce the need for loans.”
Through a donor campaign, the college raised more than $100 million in new financial aid in the past three years, Ms. Schmidt Campbell said.

Policy makers continue to debate how to provide relief to borrowers for record levels of college-loan debt. President-elect Joe Biden has said he would push to cancel $10,000 in student debt for every borrower with federal loans. He has also said he would forgive any student debt—among families earning under $125,000 a year—that covered tuition at public colleges and historically Black colleges. He hasn’t said whether he would support changes to lending programs such as Parent Plus.

The Education Department requires only a scant check of a parent’s credit history before extending loans, and it performs no assessment of the ability to repay. The result: Some parents have taken on amounts they have little hope of repaying, student-debt researchers say.

The loans are often tacked onto financial-aid packages to fill the gap between student borrowing limits and the cost of tuition.

“Our goals were to make sure our children go to college to get their degree so they could support themselves. That was our mission in life,” said Sherina Harris, a 56-year-old mother of three children from Toledo, Ohio.

Ms. Harris estimated she borrowed about $50,000 for her daughter to attend Lourdes University, a private school in Sylvania, Ohio—roughly double the school’s median debt load for parents of about $25,000, according to the data.

Ms. Harris said her husband died of pancreatic cancer in 2003. She said her daughter told her the only way she could stay in school was if she borrowed from the Parent Plus program. Ms. Harris—a medical assistant who at the time was earning about $40,000 a year—said she was laid off during the recession that began in 2007 and declared bankruptcy. She said the government garnished her wages and tax refunds in recent years to recover unpaid debt.

Starting about five years ago, Lourdes noticed high default rates on student loans among former students and parents, said financial aid director Callie Zake. The school began offering a program that pays a portion of borrowers’ loans if they earn under $47,000, Ms. Zake said. Ms. Harris wouldn’t qualify for the aid because she took out her loans before the loan-repayment assistance program was put in place.

Some low-income parents are paying top-dollar to ensure their children can go to dream schools that score high on college rankings. Though some elite schools, such as Harvard University, waive tuition, room and board for poor families, not all offer breaks that are as generous.

New York University has one of the smallest endowments per student of top U.S. universities, but has nonetheless made affordability a priority in recent years by restraining tuition growth and increasing financial aid, said John Beckman, a spokesman for the university. He added that the school is committed to providing educational opportunities for low-income students.

The new data reflect the Parent Plus loans borrowed on behalf of students who graduated in the 2018 and 2019 school years. The data don’t include loans that parents received from private lenders, and parents of graduate students can’t borrow Parent Plus loans.

Parents have taken on a greater share of their children’s college costs in recent decades for several reasons. Tuition has risen far above inflation over the past 40 years—and far faster than household income, leading families to rely on debt in general.

The median debt taken on by graduates was about $24,000 at the average four-year college in the Journal’s analysis. The figures, covering about 1,300 schools, also include those students not dependent on their parents.

At about half of those colleges, the median amount borrowed by parents topped the debt total of students. At more than 100 schools, the parents borrowed twice as much or more. The maximum students can borrow hasn’t changed in recent years. Parents, on the other hand, can borrow any amount needed to cover tuition and living costs, amounts that are determined by their schools.

The schools where parents borrow the most are, disproportionately, private nonprofit, four-year colleges. But several state schools, led by the University of Alabama, had median parent debt loads above $50,000.

At the Tuscaloosa, Ala., university, parents borrowed a median $55,000. Officials for the school didn’t return a request for comment.

Parents of dropouts at some schools are also leaving with sky-high debt. At High Point University in North Carolina, Parent Plus borrowers owed a median $71,000 when their children dropped out—the highest amount in the country. At this liberal-arts college of roughly 4,500 undergraduates, about two-thirds of traditional, full-time students graduate on time.

High Point University invests more than $53 million annually in scholarships and institutional aid for its students, the school said in a statement. “This is a 470% increase since 2005 and a direct response to the national concern about college affordability,” the school said. Overall, parents are less likely to default on federal loans than undergraduates, research shows. Among parent borrowers whose children entered school in the 2003-2004 school year, 7% defaulted on a Plus loan by 2015, according to a 2019 study by the Urban Institute, a left-leaning think tank.

Defaults can have devastating consequences. They can damage a borrower’s credit standing, preventing them from qualifying for other types of loans. Often, interest builds on the defaulted loan, driving up the balance and the borrower’s long-term costs. And, increasingly, the government has been reducing borrowers’ wages, tax refunds and Social Security checks in recent years to recover unpaid debt, federal figures show.

By Andrea Fuller and Josh Mitchell

Write to Andrea Fuller at andrea.fuller@wsj.com and Josh Mitchell at joshua.mitchell@wsj.com