The story of the U.S. economy in 2020 will consist of three major shocks: Covid, racial unrest and an election that divided the nation. 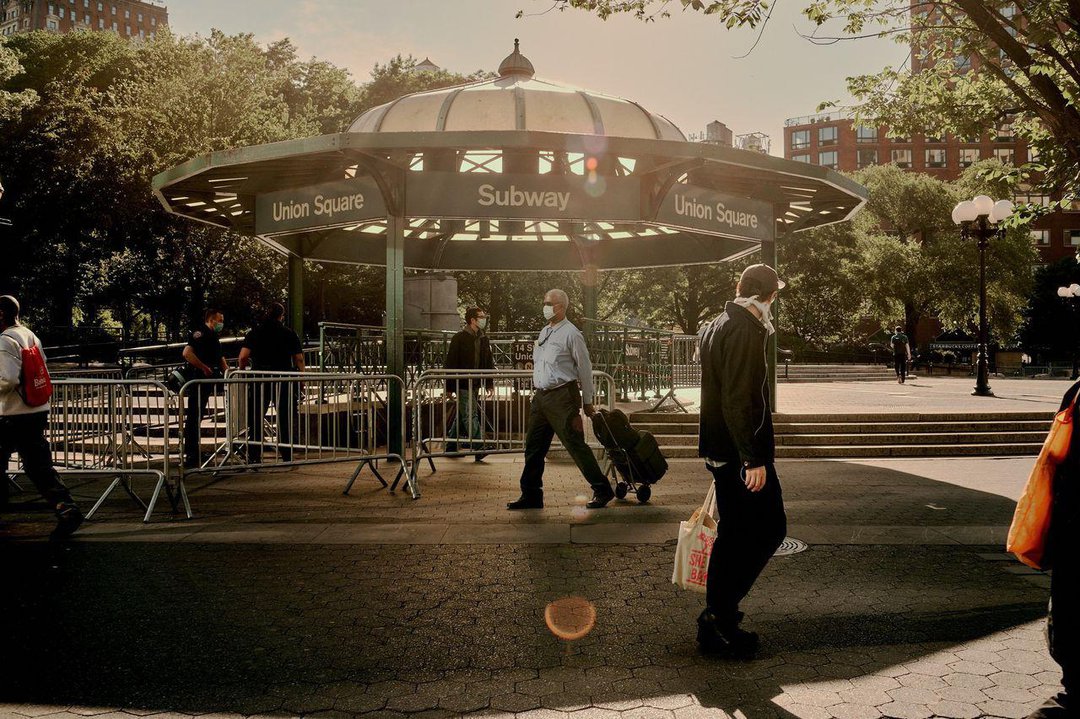 But let’s start at the beginning, before the pandemic, when things seemed poised to go quite differently.

Even more striking was that after years of widening, the wealth gap was shrinking. According to the Federal Reserve’s Survey of Consumer Finances, people in the lowest income quintile saw their net worth rise 37% from 2016 to 2019, while the top quintile largely held steady. Blacks and Hispanics, meanwhile, saw gains in net worth of 33% and 65%, respectively, while whites saw a gain of 3%.

A tight labor market drove employers to raise wages, offer greater schedule flexibility and invest more in worker training. Incomes among younger people rose substantially—by 13% among those under age 35—as they gained more opportunities, skills and work experience. Even the most stubborn economic trends, such as declining Black homeownership rates, finally turned around in 2019.

And then the pandemic arrived. The depth and breadth of its economic disruption was greater than that of any postwar recession. About 40% of those who earned less than $40,000 lost their jobs in March. New weekly jobless claims, which had hovered above the 200,000 mark for months, soared past six million.

The distribution of the job losses, meanwhile, was completely different from what one usually sees in downturns. Low-income Americans were the hardest-hit group in terms of both the general economic impact of government-mandated lockdowns and reduced spending on face-to-face services. Black and Hispanic workers are disproportionately represented in some of the industries that suffered most, such as restaurants and barber shops.

In broader terms, this was the first service-sector-led recession, a big-city recession and a women’s recession. From February to April, the employment level fell 15% for women ages 25 to 54, compared with 12% for men, according to the Bureau of Labor Statistics. Among the four million people who have been pushed out of the labor force since February, 55% are women. Many had little option but to suspend their careers as school closures and health risks disrupted child care and schooling.

But while restaurants, hotels, travel services, theaters and sports leagues confronted cancellations, other industries have benefited from the unfortunate circumstances. Grocery stores received a sudden boost to sales, and the nation’s supply chain kicked in to surmount shortages of basic foodstuffs (despite empty toilet-paper and bleach shelves). E-commerce companies became a lifeline for millions of people reluctant to leave their homes. Online learning companies blossomed, as did the home-exercise sector and videogames.

The unprecedented challenges of the pandemic spurred innovations. Access to telemedicine expanded thanks to rule changes in Medicare and Medicaid allowing patients and doctors to be reimbursed for remote visits. A company called Zoom, which few had heard of before the pandemic, became an instant global brand. Manufacturers repurposed assembly lines to make ventilators and masks, doing their part—usually voluntarily—to save lives. Feared ventilator shortages did not come to pass.

Congress took a rare break from partisan battles to approve the largest stimulus package ever passed. Millions of Americans received $1,200 stimulus checks, no questions asked. The Paycheck Protection Program kept many small businesses afloat while providing a windfall for others. Expanded unemployment benefits helped the jobless get by and helped sustain spending. As a result, household incomes and expenditures were surprisingly resilient.

But then another shock took place. On May 25 in Minneapolis, a Black man named George Floyd died while being arrested by police, one of whom was later charged with second-degree murder. As a cellphone video of Mr. Floyd’s death began to circulate, protests and civil unrest spread across the country. Shopping districts that had just begun to reopen after Covid-19 lockdowns now boarded up their storefronts; in some cities curfews were imposed.
Meanwhile, the stock market recovered quickly, and the labor market’s recovery beat expectations. By November, unemployment had fallen to 6.7% from 14.7% in April.

The third shock came as no surprise, but was difficult to bear nonetheless: the contentious election. Many important issues were at stake, including economic policy. Rather than a blue wave or a red wave, the American people produced a mixed election result, with Democrats winning the presidency but shrinking their margin in the House. Control of the Senate remains up in the air, pending the result of runoff elections in Georgia in January. Historically, divided government has been associated with stability.

So, despite three major upheavals in 2020, the U.S. economy now is primed for recovery, growth and continued adaptation to a new normal. Some industries will continue to suffer as long as the pandemic lasts—and beyond. Commercial-real-estate companies and bricks-and-mortar retailers are reinventing themselves for a new work-from-home, shop-from-home age.

But there is no society better prepared for what awaits. Startups are blossoming. There were almost 1.6 million new business applications in the third quarter of 2020, up from fewer than 860,000 a year earlier. The financial sector is solid, largely thanks to a much bigger, faster response from the Federal Reserve than during the financial crisis of 2008-09. An online economy, hardened thanks to recent surges in broadband infrastructure, kept America running through its recent dark days and will only expand. Highly effective vaccines will start becoming available soon, along with inexpensive, rapid Covid-19 home tests.

When it is safe for business to resume as usual, the economy could take off. Americans have accumulated $2 trillion in new savings deposits since February, according to the Federal Reserve. That is more than 10% of gross domestic product waiting to be spent.