With Economy Recovering, Bull Market Has More Room To Run

The U.S. economy remains in the early stages of a new expansion, which should provide a tailwind for risk assets. Fiscal and monetary policy are expected to remain supportive. As herd immunity is attained, the economy should further accelerate. Yet investors will be largely focused on signs of macro weakness that could lead to earnings downturns. 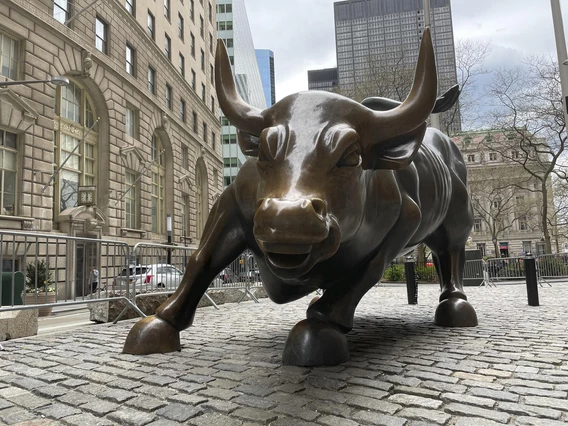 With a healthier consumer, supportive policy and GDP accelerating, the risk of overheating that could lead to inflation also has increased. We believe any inflation scare, however, will be short-lived. Beyond an initial price spike, inflation is expected to cool over the intermediate term.

Even amidst the growing optimism, there are a few negative spots, including a series of economic releases that came in below expectations due to adverse February weather in the South and Midwest. But thanks to improving profit margins, markets largely looked through these distortions.

With an enormous 75% price return, the bull market that followed the March 2020 COVID-19 crash marked the strongest 12-month run for the S&P 500 Index over the last 75 years.

Typically, a bull market’s first year provides returns well above long-term averages, with minimal turbulence. This time, the stock market is up substantially against the backdrop of a struggling economy. That seems incongruent. The second year can still provide above-average gains, but the market’s path forward tends to be much more labored, even in a stronger economy.

A key catalyst for the rally has been extraordinary fiscal policy, which jumpstarted the recovery more quickly and in greater size than in past recessions. Many market participants initially underappreciated this dynamic, including us.

Policymakers appear intent on extending this historically generous support until the economy is clearly on firm footing, as evidenced by the $400 billion allocated directly to consumers via the economic impact payments (EIP) of up to $1,400 per person – 2.5 times the $130 billion in EIP in the December stimulus bill. That package resulted in blockbuster January retail sales of +5%.

Not all stimulus payments were, or will be, immediately spent: a large share of past payments were saved. This, plus an inability to spend, has resulted in an excess savings accumulation of nearly $2 trillion.

Along with a 10% increase in household net worth over the past year, this cash hoard should provide fuel for above-trend economic growth in the coming year – and potentially beyond.
Materially larger EIP, in a re-opening economy, should supercharge U.S. consumer spending in the coming months. Pent-up demand for services should also be released.

If another stimulus package is enacted, focused on infrastructure, it could bring more upside.
In addition to fiscal spending, monetary policy has been important to the economic recovery. Coordination amplified the effect of each. Total U.S. stimulus over the past year is equivalent to $43,000 per household, more than the estimated cost in current dollars of World War II.

The U.S. Federal Reserve executed more bond buying over the last year than chairs Ben Bernanke and Janet Yellen did during the global financial crisis.

As for labor recovery, over 75% of net job losses occurred in COVID-19-sensitive industries such as hospitality and retail. The last two jobs reports could prove a glimpse of what may come in the months ahead: hospitality and leisure generated 384,000 out of 468,000 private sector jobs created in February; and 280,000 of the 916,000 new jobs added in March.

With more than two million people still on furlough (temporary layoff), more payroll reports approaching one million are not out of the question. Consensus estimates foresee adding roughly 500,000 jobs every month in 2021. The Fed dot plot implies a 4.5% unemployment rate by year-end.

Putting all this together, financial markets and the economy are undergoing a period of transition.

The strengthening economic backdrop, coupled with prospects of higher interest rates and inflation, could lead to greater volatility in equities. What, if any, persistent new stock market trends emerge in the wake of the COVID-19 crisis are unlikely to be clear for several years.

Jeffrey Schulze, CFA, is a director and investment strategist at ClearBridge Investments, a subsidiary of Franklin Templeton. His predictions are not intended to be relied upon as a forecast of actual future events or performance or investment advice.