With Higher Taxes Possible, Here’s What to Do Now

With Higher Taxes Possible, Here’s What to Do Now

President Joe Biden has already made clear his tax priorities. His proposed $1.9 trillion pandemic relief bill would cut taxes for lower- and middle-income Americans, and he is expected to call for higher taxes on corporations and the rich. 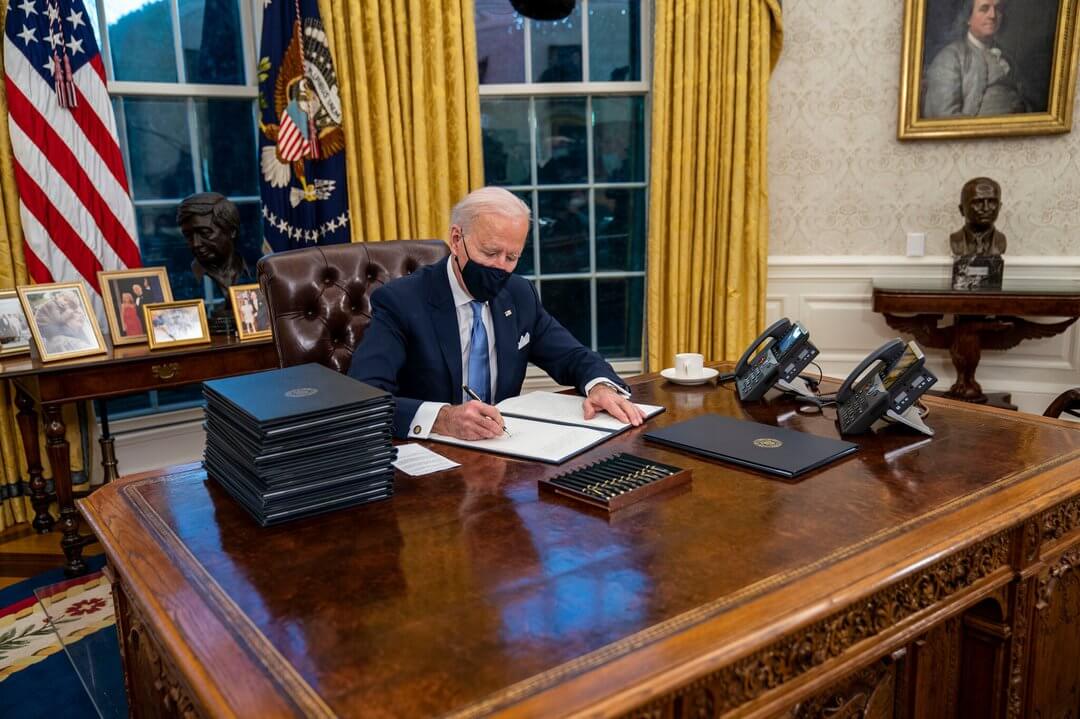 How many of his plans become law remains to be seen. But he has given a signal that he is moving toward fulfilling his pledge of rolling back former President Donald Trump’s tax cuts. Biden’s campaign plan would increase taxes by more than $2 trillion over a decade, according to the Tax Policy Center, a joint venture of the Urban Institute and the Brookings Institution.

“It’s more useful to think about what President Biden has proposed as a $3 trillion tax increase on corporations and high earners and a $1 trillion tax cut for everyone else,” said Howard Gleckman, a senior fellow at the Tax Policy Center. “My sense is it will be easier in the current political dynamic to get the tax cuts he talked about than the tax increases.”

Last week, I wrote about long-term tax-planning issues, focusing on how proposed changes to the estate tax could affect many more people. This week, I’m turning my attention to some of the short- and medium-term tax proposals that could affect people’s earnings and financial decisions.

Of course, making a decision affecting taxes is not easy without knowing what the political landscape will look like. But for many wealthier people, it may make more sense to pay the taxes now rather than risk a rise in rates later in the year, particularly if you were going to do something that would incur the tax anyway.

There are some immediate tax questions that need to be addressed.

Business owners who received a loan under the first Paycheck Protection Program got good news regarding federal taxation of that money as 2020 ended: Expenses paid with the loan are deductible. But the last-minute nature of that decision caused confusion at the state level.

“Many states, including my home state of California, are not showing any signs that they are going to conform with the federal changes,” said Robert Seltzer, founder and president of financial advisory firm Seltzer Business Management. “If they don’t, that means that for many clients, they will have significant differences between their federal and state returns. Practitioners are not yet sure how to present those differences on the state returns.”

Seltzer used his own $53,400 loan as an example. With the 9% state tax rate for his business, a C corporation, his Paycheck Protection Program expenses would cost him an additional $5,000 in state taxes. If his business were one whose earnings were taxed on his individual income tax form, the rate could be as high at 13%.

“It creates a separate tax burden,” he said.

State deductibility is something to keep in mind as business owners apply for a second loan from the Paycheck Protection Program.

Some tax issues will play out later this year. One of them involves individuals who own businesses and pay the self-employment tax. They pay 12.4% of their income in Social Security taxes and 2.8% for Medicare, but only on the first $142,800. That cap could be lifted, making all income subject to the self-employment taxes.

One strategy is for owners to convert their business from a limited liability company to a subchapter S corporation, which could reduce the self-employment tax, said Edward Reitmeyer, a partner in charge of tax and business services at Marcum, an accounting firm.

“The IRS comes after you if your compensation is too low,” Reitmeyer said. “But with this structure, you’re at least prepared if there’s a change to unlimited self-employment tax on income.”

Perhaps the biggest concern for this year is what happens to the capital gains tax rate, currently 20%. Most wealth advisers are betting on an increase, probably to the same level as the tax on income. That is not such a jump for most earners, but it would be for someone in the highest tax bracket, 37%.

How much tax you pay on the increase in the value of your stock holdings is one of the few taxes you can control, since it’s up to you when you sell securities. But you need to calculate whether it makes more sense to sell securities that have appreciated, particularly after the run-up in 2020, and pay the tax now or hold on to them.

Several factors come into play here. If the strategy is to hold those securities until you die and not pay capital gains tax, that tax break could come to an end, as my column last week pointed out. The Biden administration could do away with the provision that sets the value of assets in an estate at the time of the owner’s death, erasing years of capital gains. The administration could instead require that heirs pay taxes on those gains when they sell the assets.

More sophisticated investors holding on to appreciating securities without selling could borrow against the portfolio. There would be interest on the loan, but it would be far less than the tax bill.

If there is a significant drop in asset values, that’s another matter. Savvy investors may decide to sell, pay their taxes and reinvest their money in preparation for potentially higher taxes.
“Capital gains is still a real issue because markets are still high,” said Marya Robben, a partner in the law firm Lathrop GPM. “When the correction happens, there’s going to be a surge in planning.”

There’s also the possibility of tax increases on deferred compensation. That’s often used as an inducement for high-earning executives who don’t need the money immediately and can pay lower taxes later when they retire.

Higher taxes in the future may make this strategy less attractive. “If you’re faced with an opportunity to defer taxes, that may not be the right decision now,” said Pam Lucina, chief fiduciary officer and head of trust and advisory services at financial services firm Northern Trust. “You may be better off taking the compensation and paying the tax now.”

There are other concerns that people may want to address as the year goes on. Required minimum distributions from retirement accounts were suspended last year in the pandemic, but they’ve been reinstated for anyone over 72.

Then there is the perennial issue of whether to convert a traditional individual retirement account — where the money goes in tax free but is taxed when you take it out — to a Roth IRA, where taxes are paid upfront but the money in the account grows tax free.

There are a number of possible strategies if you expect tax rates to rise. The all-out conversion to a Roth can be painful, given the tax bill you would have to pay after the stock market’s performance since March.

But Lucina said she had recommended that clients ladder their tax obligations the way some investors ladder their tax-free municipal bond allocations. This means converting some retirement accounts to Roth IRAs and leaving others untouched.

“You might want to hedge the uncertainty by organizing the portfolio so you have tax diversification,” Lucina said. “Having a bucket that is taxable versus one that is tax free lets you have optionality in the future.”

Others are more bullish on paying taxes now at a known rate. They advocate what is called a backdoor Roth conversion — essentially putting money into a traditional retirement account and then immediately moving it into a Roth and paying the taxes on it.

That points to the need for a plan and not just the hope that you can time the market for taxes.